Wolfgang Van Halen has revealed his father Eddie Van Halen battled a brain tumour and stage four lung cancer before he passed away.

The rock legend died last month, aged 65, after a lengthy battle with the disease.

And his son has shared details of the illnesses his parent faced and how the late Van Halen guitarist was “excited” about reuniting with his bandmates for a “classic line-up” tour, before his condition worsened.

The 29-year-old musician says he was fortunate to have three more years with his dad after he was diagnosed with stage four cancer in 2017 and was given just weeks to live.

Wolfgang credits the extra time they had together to the treatment the riff-maker had in Germany.

Speaking on ‘The Howard Stern Show’, he said: “The doctors were like, ‘You have six weeks.’

“Whatever the f*** they do over there, it’s amazing, because I got three more years with him.”

Eddie was later involved in a motorcycle accident in 2019, and then got diagnosed with a brain tumour, for which he underwent Gamma Knife radiosurgery.

He added: “But as time went on, s*** kept stacking up and stacking up. It just never let up.”

Wolfgang – who has played bass in the ‘Jump’ group since 2007 – says his dad was thrilled about the reunion plans.
He admitted: “That’s important, to let people know, that yeah, that was real, and we were so excited about it. It just didn’t pan out.”

Meanwhile, Wolfgang paid tribute to his late father in the music video for his new single, ‘Distance’, from his solo band Mammoth WVH’s upcoming album.

The promo closes with a touching voicemail left from Eddie to his son.

Wolfgang said in a press release about the track: “As my pop continued to struggle with various health issues, I was imagining what my life would be like without him and how terribly I’d miss him. While the song is incredibly personal, I think anyone can relate to the idea of having a profound loss in their life.” 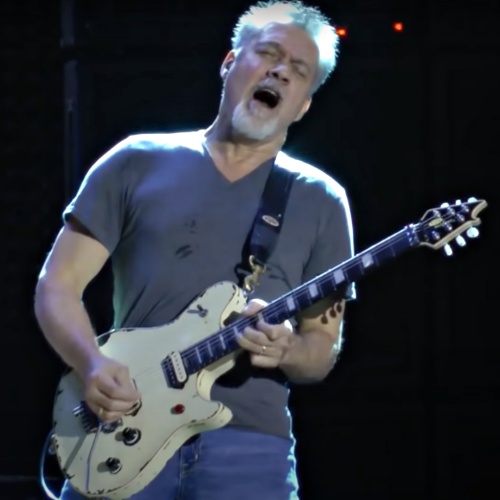 Why Dolly Parton is being hailed as a COVID-19 ‘saviour’