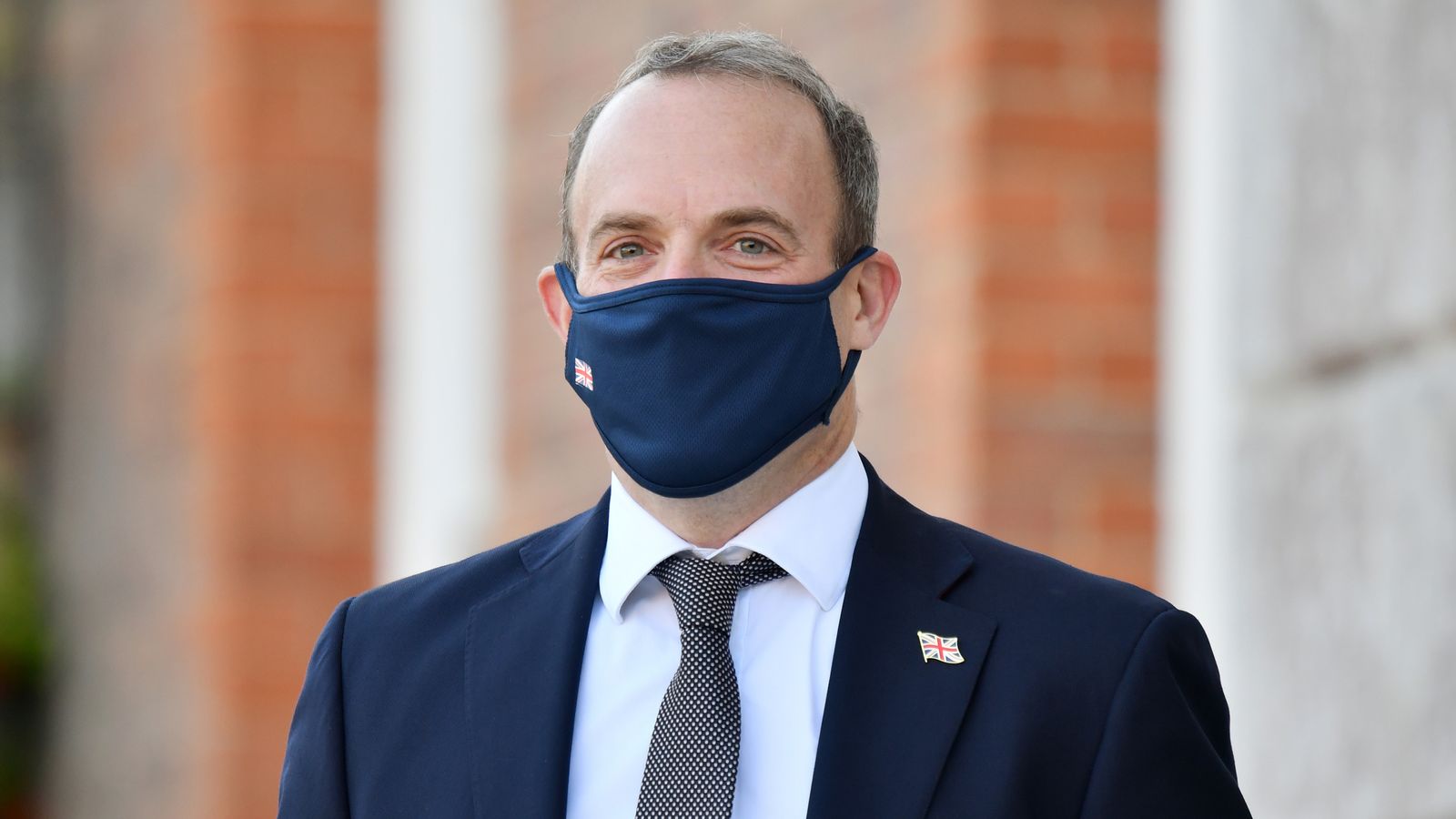 He also claimed that President Alexander Lukashenko cannot hide his oppression of Belarusians, and has called for free and fair elections in the country.

“(Belarusian leader) Lukashenko can’t hide the oppression of his own people.

“The only way forward is free & fair elections & accountability for those responsible for violence against demonstrators.”

Protesters have been calling for authoritarian leader Mr Lukashenko to resign for months after he was re-elected in August for a sixth term in office.

The demonstrators claim the vote was rigged and they have been on the streets for 90 straight days, demanding he quit as his security forces carry out a violent crackdown.

On Sunday, thousands of activists tried to enter the centre of the capital Minsk from several directions to protest.

But police cordoned off the area with armoured vehicles as riot officers prevented them from gathering in a single place.

More than 500 people were arrested, including model Olga Khizhinkova – a former Miss Belarus, according to human rights activists.

Since gaining power in 1994, Mr Lukashenko has suppressed the opposition and independent news media.

He has refused dialogue with opponents and claimed western countries have incited the protests.

After the election, his main challenger Svetlana Tikhanovskaya, under pressure from officials, fled to neighbouring Lithuania.

She says she hopes US president-elect Joe Biden will put pressure on Mr Lukashenko.

“Joe Biden has spoken out more than once and taken a firm position of support for the Belarusian people,” she said.

Ms Tsikhanouskaya has also urged protesters to continue their demonstrations.

“We have stood against lawlessness and violence for 90 days already. In these 90 days, Belarusians made the regime understand that they have lost legitimacy and authority,” she said.

Nine found dead and one still missing in China mine explosion

Riots erupt in Netherlands during protests over lockdown curfew