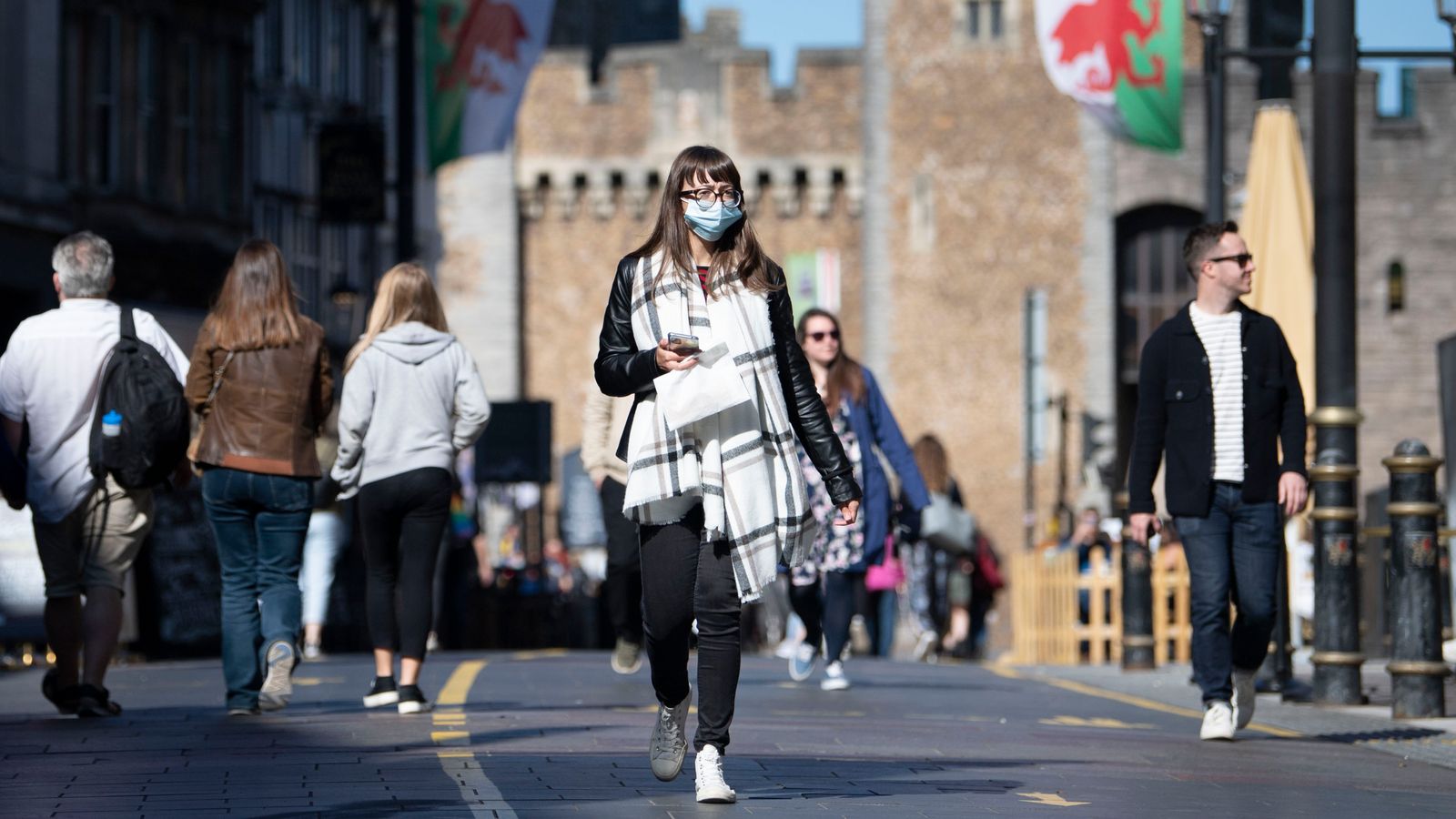 The Welsh first minister has told Sky News that his government is carrying out “detailed planning” for a potential short national lockdown.

Speaking to Kay Burley, Mark Drakeford said a “circuit breaking period” could be the “most effective way of turning back the tide of coronavirus”.

“We want to act now in order to prevent the worst from happening, to give us a better chance of getting through the rest of the autumn and the winter,” the first minister said.

“If a circuit breaker is the right way to do it then that is what we will do and we’re very actively talking about and preparing for that should it be necessary.”

He said there should be a four-nation meeting of the government’s emergency COBRA committee to “look at it together”.

Mr Drakeford added that it was not “sensible” for Boris Johnson to dismiss a second national shutdown.

“They ought to sit down with everybody, look at it seriously and then make a proper decision,” Mr Drakeford said.

Labour leader Sir Keir Starmer is demanding that Boris Johnson puts England into a two to three-week “circuit breaker” lockdown to coincide with October half-term – a stance that has the support of the Liberal Democrats.

Northern Ireland is set to become the first part of the UK to take such a move, with tighter restrictions set to be in place for four weeks.

But a minister has played down the prospect of another national shutdown.

Asked if England was heading for a second lockdown in the next two weeks, Work and Pensions Secretary Therese Coffey told Sky News: “I don’t believe that is the case but as I say this will continue to be a decision that the prime minister will lead on.”