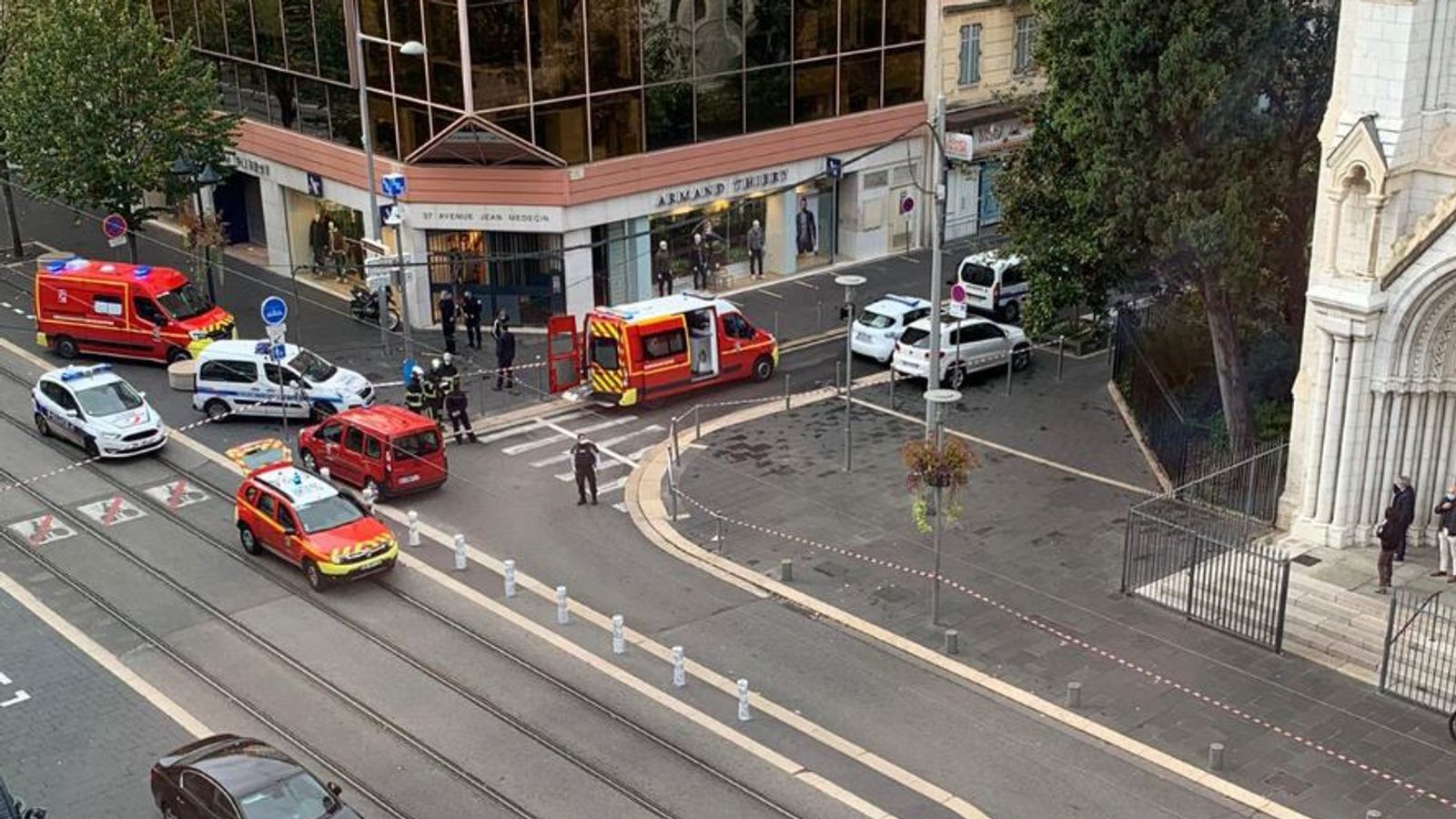 Two people have been killed in a suspected terror attack in Nice, police say.

French media is reporting a knife attack has taken place near a church, and several others are injured.

He added that one person had been arrested.

French interior minister Gerald Darmanin says a police operation is under way and encouraged people to stay away from the area.

‘Find some comfort in the hands of God’: Lineker leads tributes to football legend Maradona