Trump could be discharged from hospital ‘on Monday’, his doctors say 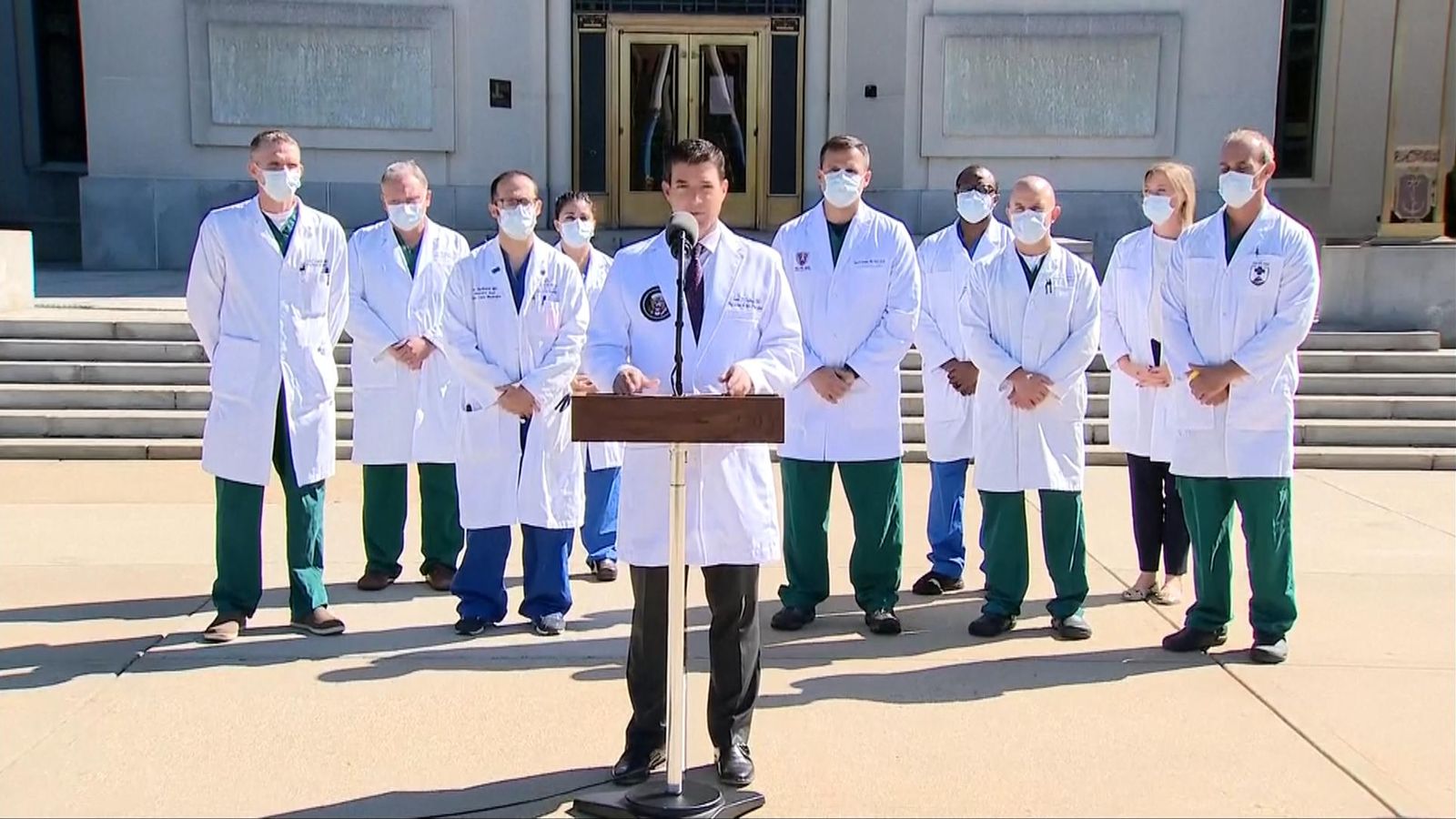 US President Donald Trump could be discharged from hospital as soon as Monday as he continues to recover from coronavirus, his doctors have said.

Mr Trump, 74, has been fever-free since Friday and is not complaining of shortness of breath, Dr Sean Conley told reporters outside the Walter Reed Medical Center in Maryland on Sunday.

He is now on dose two of five of the experimental antiviral drug Remdesivir and is not experiencing any side effects.

If things continue to go well, he may be allowed to continue his treatment back at the White House on Monday, he added.

The president’s medical team confirmed his oxygen levels dropped on Friday, which caused doctors “concern about a possible rapid progression of his illness” and saw him given supplemental oxygen while still at the White House.

“He was fairly adamant he didn’t need it,” Dr Conley said.

Despite him only needing to be on extra oxygen for an hour, medics still asked for him to be transferred to the military hospital for observation.

Dr Conley was also quizzed on why yesterday he refused to admit the president had been given supplemental oxygen at the White House on Friday.

He said he was “trying to reflect the upbeat attitude of the team” and “didn’t want to give any information that might steer the course of illness in another direction”.

Dr Conley added that “in doing so, [it] came off like we’re trying to hide something, which wasn’t necessarily true”.

‘I voted for a guy named Trump’: President casts his ballot in Florida