Tommy Lee was “drinking two gallons” of vodka a day prior to his most recent rehab stint.

The Motley Crue rocker has been candid about his battles with alcoholism and, in an interview with Yahoo Entertainment, he detailed how intense his alcohol consumption got.

“I was drinking just out of boredom,” Lee explained.

“Idle time at home not touring, just being at home… I literally did nothing. I would just float around, drink and just f***ing drink,” he shared.

The drummer confessed alcohol would dominate his day, recalling: “I would just wake up and just build (a cocktail) just all vodka and just a little eyedropper of cranberry or lemonade.”

He went on: “I was drinking two gallons – not pints, not quarts, gallons, the big-handles – a day. That’s f***ing crazy.”

It was Lee’s wife, Brittany Furlan, who encouraged the musician to get help. He recounted: “She was like, ‘Baby, I don’t think I’ve ever even seen anybody drink that much. You’re kind of scaring me’.”

It was the wake-up call he needed, Lee said.

“I was like, ‘That sucks. That’s not cool to have you worry like that’,” he confessed, revealing he decided to “pump the brakes” and head to rehab. The rocker will soon celebrate his first anniversary of sobriety, but he admitted: “I don’t know if it’s a forever thing… But for now, I’m not drinking vodka today.” 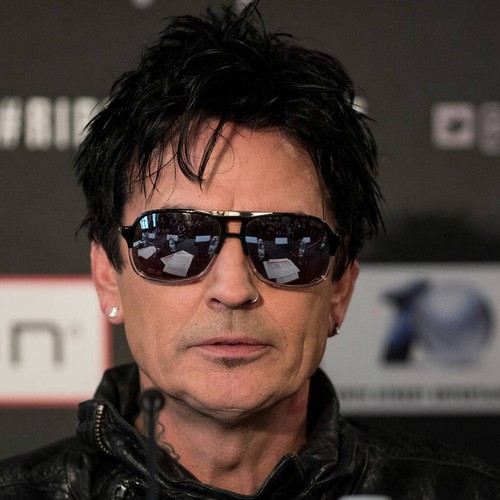