The Spice Girls are still trying to coax Victoria Beckham to join them on tour.

Although fashion designer Victoria, 46, opted not to take part in the band’s UK and Ireland tour last year, Mel C, 46, is still hopeful that Victoria will rejoin the group – which also features Mel B, Emma Bunton and Geri Horner – at some stage.

According to The Daily Star, Mel said: “We are chipping away. But we like to think she will join us at some point.”
This is not the first time Mel has spoken about her desire to have Victoria reunite on tour with her bandmates.

Mel previously revealed she is hoping for a worldwide tour next year and all of the Spice Girls are keen for Victoria to join them.

She said: “We talk all the time, we talk about what we’d like to do, any options that we have. We would love to do more shows, we really would. Obviously, [this year] has gone nuts and no one knows what’s gonna happen with shows, for now. But personally for me, speaking on my own behalf, I would love to do Spice Girls shows in the US, in South America, in Southeast Asia, and get into Australia finally. All those places we never got to.

“We talk about [Victoria joining the tour] all the time. We’re always going, ‘Oh, one day, maybe she will one day’. “[I will do] everything I can within my power to try and get all of us back on stage together. We were kind of hoping she’d end up coming on the last one. Of course, we respect Victoria’s decision, and her feeling towards it. Although she wasn’t with us on the stage, she was very much involved in the show. We wanted her to be happy and comfortable with all of the direction, with the creative and everything, because it’s her baby as much as the rest of us.” 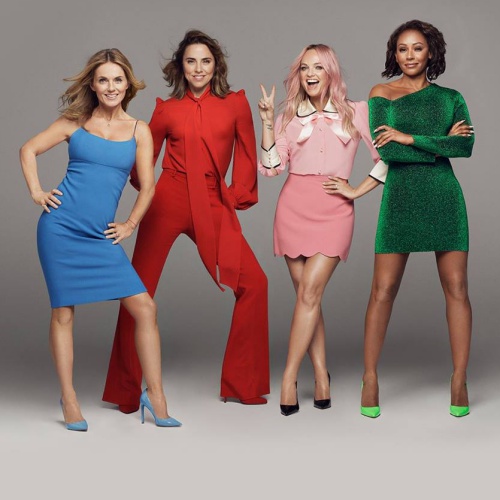 Dolly Parton ‘cried all night long’ after rejecting Elvis Presley’s request to record a cover of ‘I Will Always Love You’.

Weapons and drugs taken off the streets as police target suspects