The highest number of deaths were in Sheffield with four followed by Hull with three.

It comes as talks continue between representatives of West Yorkshire and central Government as to whether the county will be put under Tier 3 measures.

There were also a further 2,866 cases recorded by hospital trusts across the county, with York and Hull the only areas in Yorkshire to have recorded less than 100 new cases in the last 24 hours.

Leeds and Bradford recorded the most cases in the county with over 400 positive cases each.

A total of 108,080 people have so far tested positive for Covid-19 in Yorkshire since the start of the pandemic.

Newly confirmed cases of coronavirus in Yorkshire over the past 24 hours:

A further 11 people who tested positive for Covid-19 have died in Yorkshire hospitals.

Across England’s hospitals there were a further 91 people, bringing the total number of confirmed reported deaths in hospitals to 31,910.

Patients were aged between 44 and 95 years old. All had known underlying health conditions.

Date of death ranges from 24 September to 25 October 2020, with the majority being on or after 23 October.

Their families have been informed.

Here are the total number of hospital deaths across Yorkshire trusts:

All but one area in Yorkshire saw its infection rate increase.

The highest rates of infection were across South Yorkshire, which was put under Tier 3 measures on Saturday.

The parts of West Yorkshire also saw their infection rates increase to higher levels, with Bradford having the highest rate out of them with 470.0 cases per 100,000 people.

The lowest rates of infection were seen across North Yorkshire, which is still in Tier 1. Ryedale was the only part of Yorkshire to see a decrease in the rate to 75.8 cases per 100,000 people in the week leading up to October 22.

The figures, for the seven days to October 22, are based on tests carried out in laboratories (pillar one of the Government’s testing programme) and in the wider community (pillar two).

Data for the most recent four days (October 23-26) has been excluded as it is incomplete and does not reflect the true number of cases.

The list has been calculated by the PA news agency and is based on Public Health England data published on October 21 on the government’s coronavirus dashboard. 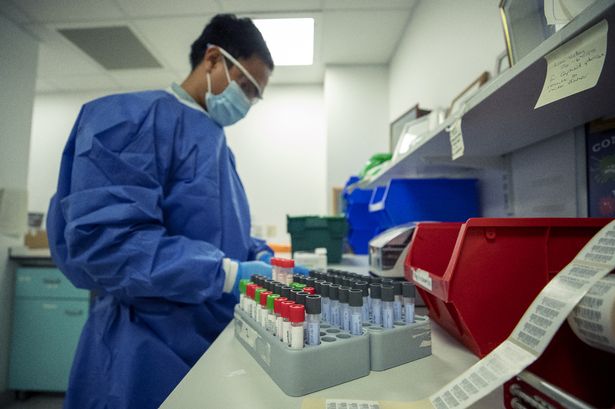 ‘My heart is shattered’: Jamie Foxx’s emotional tribute as he confirms death of sister

Couple with autism left isolated after losing support in lockdown