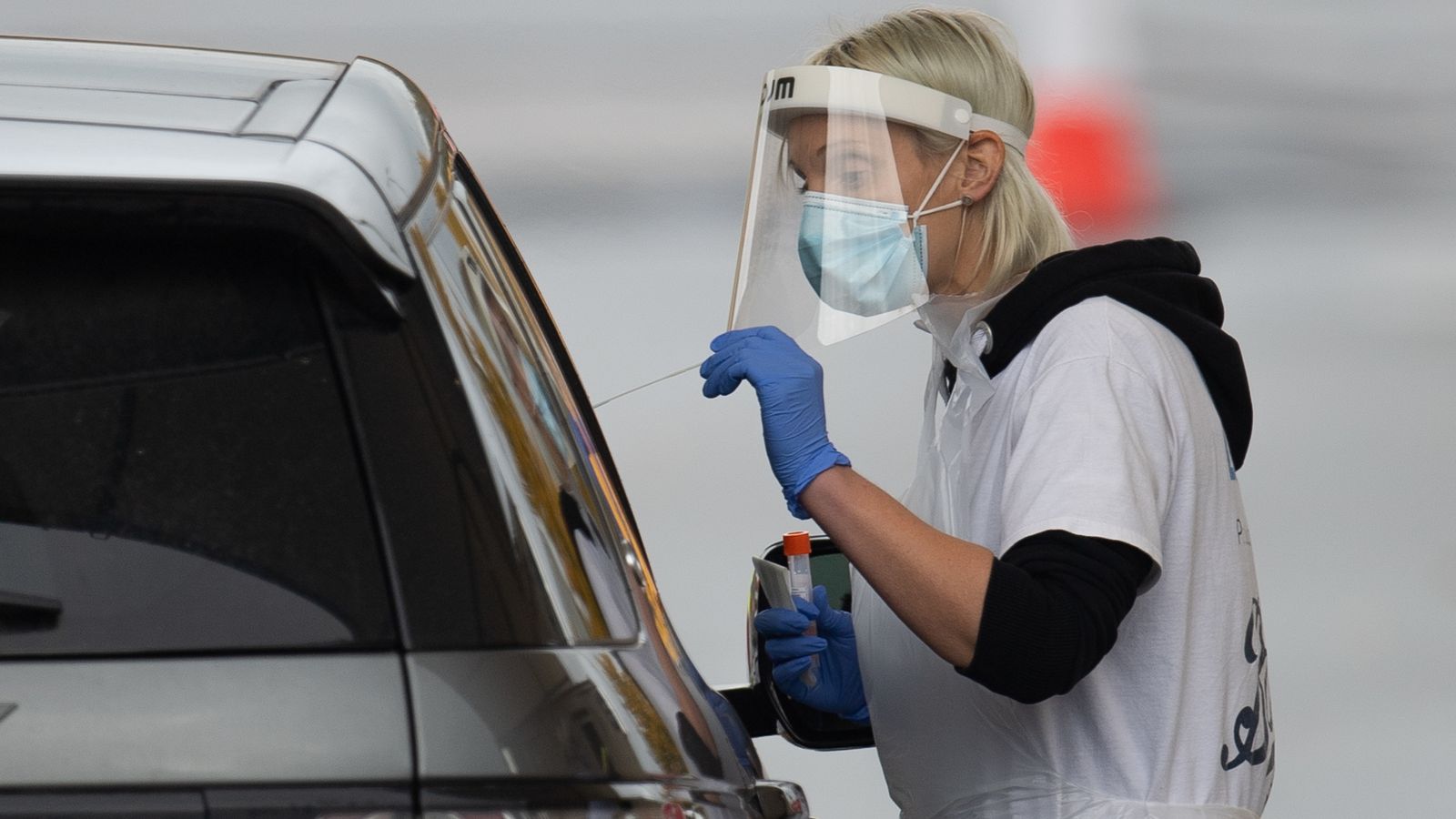 The NHS Test and Trace system has had its lowest weekly figure since the scheme began, with less than 60% of close contacts of people who tested positive for coronavirus being reached.

Just 59.6% of people in England were reached through the system in the week ending 14 October, according to the latest figures.

This is the lowest weekly percentage since it began and is down from 63.0% in the previous week.

For cases handled by local health protection teams, 94.8% of contacts were reached and asked to self-isolate in the week to October 14.

For cases handled either online or by call centres, 57.6% of close contacts were reached and asked to self-isolate.

Just 15.1% of people who were tested for COVID-19 in England in the week ending October 14 at a regional site, local site or mobile testing unit – a so-called “in-person” test – received their result within 24 hours.

This is the lowest weekly percentage since the system was launched – and is down 32.8% since the week before.

Prime Minister Boris Johnson had previously promised in-person tests would all be returned within a 24-hour time frame by the end of June.

Speaking in the House of Commons on 3 June, he made the pledge for the end of the month, except for “difficulties with postal tests or insuperable problems like that”.

These latest figures, released on Thursday morning, come after a record-breaking day of new case numbers were revealed for the UK.

This figure was the largest rise since 4 October, when an inflated 22,961 cases were reported due to a technical glitch in the counting system.

In England, meanwhile, the Test and Trace figures showed a total of 101,494 people tested positive for the virus at least once in the week to 14 October – an increase of 12% on the week prior.

It is also the highest weekly number since the system was launched.

Yesterday I uncovered a leaked email from Test and Trace bosses, which admitted that the latest surge in cases was posing “an immediate challenge to the capacity of the Test and Trace service.”

Today’s official figures, which show that the service is now reaching less than 60% of contacts in England, confirms that worrying conclusion.

Once cases reached a certain level, even the best contact tracing system in the world will struggle to contain them, because it is simply not possible to trace the contact of every new case in time for that work to make a difference. While there may be some regional differences, these latest statistics suggest we have reached that point in England.

Of course, although it was described by ministers as “world-beating”, Test and Trace is not the best system in the world.

Thanks to its awkward mix of local and national services, it has struggled to work efficiently from the beginning, rarely reaching more than 80% of contacts.

Yet while Test and Trace undoubtedly deserves some of the blame for the rise in cases, it’s not clear that it’s the only culprit. Wales and Scotland have had publicly-run contact tracing services, which report extremely high levels of contacts (albeit with much thinner statistics), yet cases have continued to rise in these countries.

Test and Trace is struggling, but reinventing it, as some would prefer, may not be a cure for all our problems.