System Of A Down release first new music in 15 years

The band – which consists of Serj Tankian, Daron Malakian, Shavo Odadjian and John Dolmayan – have reunited and recorded new music in an effort to raise awareness of the conflict between Artsakh and Azerbaijan.

The group have shared a pair of songs titled ‘Protect The Land’ and ‘Genocidal Humanoidz’, with royalties from the tracks going towards the Armenia Fund.

Shavo said: “I wanted to show the unification of our people around the world for one common cause, illustrating the power in numbers. So we brought together people from all ages and professions who believe in and are fighting for that same cause.

“It’s one thing to come up with an idea, but to see it come alive as happened with this video, has been just incredible.”

John also revealed how their reunion came about.

He said: “I texted: ’No matter how we feel about each other, no matter what issues linger from the past, we need to put them aside because this is bigger than System Of A Down and bigger than all of us … we need to do something to support our people.'”

Serj explained that the band were determined to fight the “injustice being perpetrated against the Armenian people”.

He added: “All of us in System realise this is an existential battle for our people, so this is very personal for us. What we need right now is for the world to put politics aside and support Armenia by sanctioning Turkey and Azerbaijan and recognising Artsakh.” 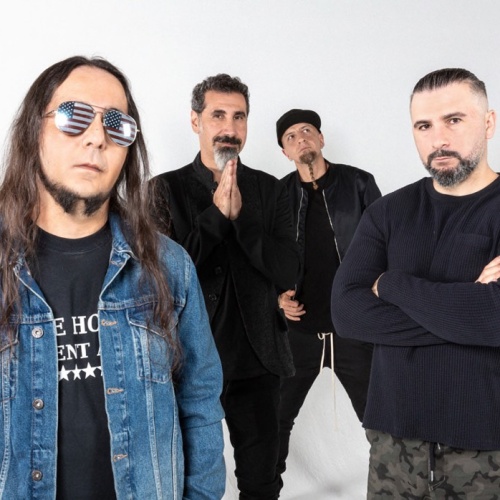 Perrie Edwards relished doing ‘nothing’ amid the coronavirus lockdown