Following the release of her Grand Finale album ‘I Owe It All To You’ last Friday Dame Shirley Bassey 83, lands her highest album chart position in almost half a century! A fond farewell to fans, who have supported her lifelong career that started with her debut in 1961.

Bassey enters the Uk Official album charts at number 5 this week for her first number 5 album on the Chart in 50 years! The entry for Dame Shirley sets a new Official Chart record as she is the first female artist to score a Top 40 album on the Official Albums Chart in seven consecutive decades.

Unable to travel to the Uk to promote her album due to the pandemic, The Grand Dame of the British music scene expresses a heartfelt thank you from her home in Monaco to her fans around the world. “I’m so proud to be celebrating reaching the Top 5 with my grand finale album’ I Owe It All To You!’ Sharing my 70 year career alongside so many other talented performers, my team, my family and fans has been an honour. Thank You. Thank you to Wales! Thank you to the music! And for my fans – I Owe It All To You!” 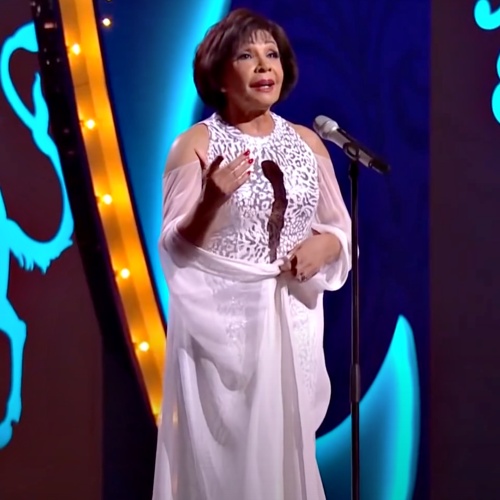 Panic as man is seen ‘taking photos’ outside Sheffield school