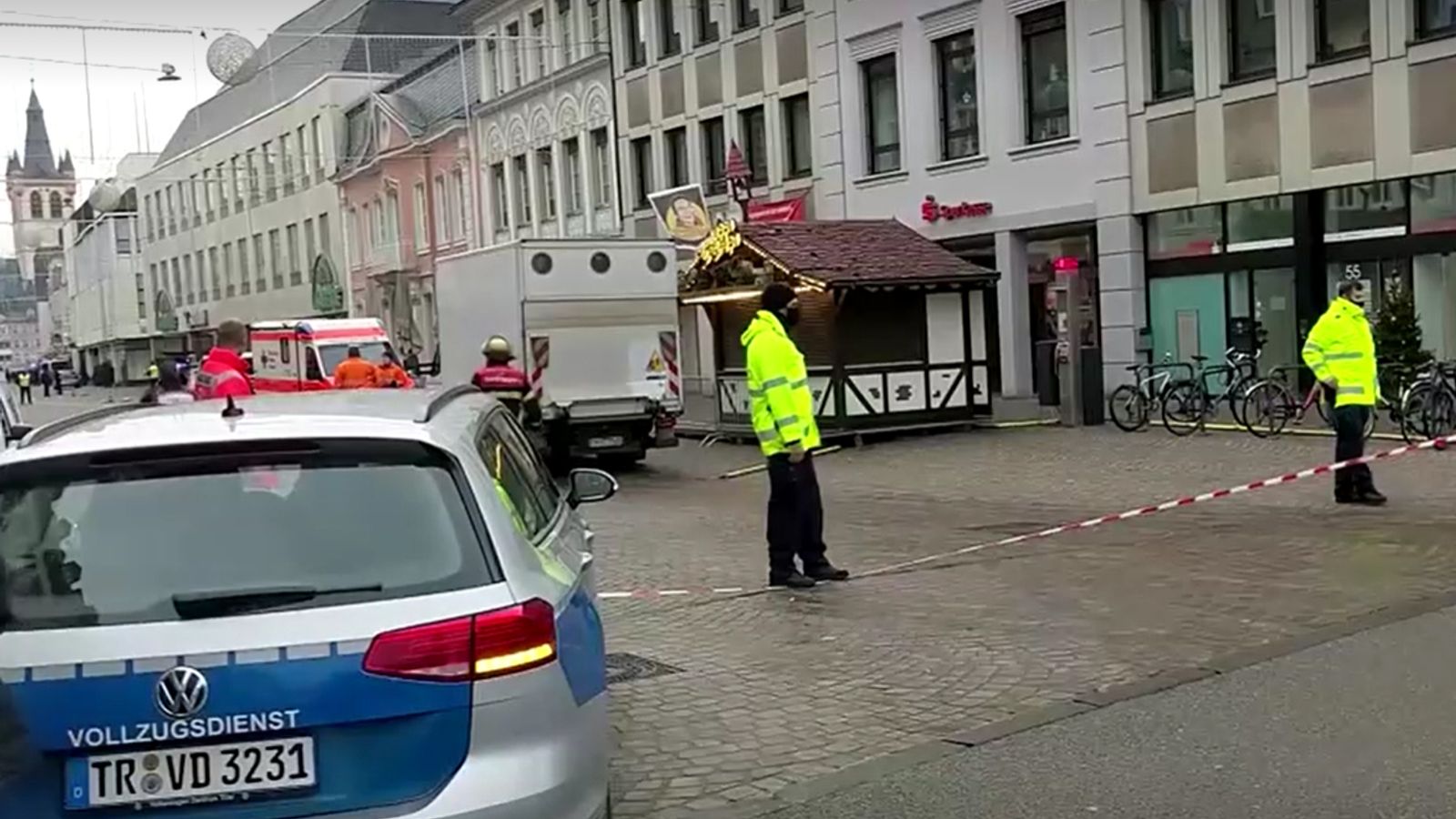 Several people have been killed and a number of others injured after a car drove into pedestrians in the German city of Trier, police say.

Police are urging people to avoid the city centre as emergency services are at the scene of the collision, which happened in a pedestrianised area.

One person thought to be the driver has been arrested and a vehicle seized, a force spokesperson said.

It is four years since a terrorist drove a truck through a Christmas market in Berlin, killing 12 shoppers.