Selena Gomez ‘loves’ being a ‘voice for the Hispanic community’

Selena Gomez reflected on her position as a “voice in the (Hispanic) community” as she accepted the coveted Arts Award at the 33rd Annual Hispanic Heritage Awards on Tuesday.

The 28-year-old Wolves singer received the honour for her, “impact on American and global culture through her music, movies but also for her courage as an advocate for mental health,” during the televised ceremony on PBS.

Accepting the prize, Selena urged fans to, “continue to believe in their dreams,” sharing in a passionate speech: “I want to continue knowing that just because of who I am, and just because of the hard work I do, I hope that it just inspires so many people to continue to believe in their dreams, believe that they’re capable, that they can – no matter what.

“I’m just really grateful that I have had so many beautiful opportunities, and to be a voice in the community means a lot. And it’s a big responsibility, and I love that,” she added. “And I promise more to come in the future for all kinds of stuff. So thank you!”

The Rare star also addressed her passion for mental health awareness and how learning to navigate her own issues inspired her to help those with afflictions similar to her own.

“I actually think that a lot of the answers I got for mental health just made me stronger,” she revealed. “It gave me knowledge and I want nothing more than to help people who are experiencing the same thing.”

The show, which recognises the contributions and accomplishments of Latino leaders in various fields, was hosted by Sebastian Yatra and featured an array of famous faces, including Jessica Alba, Linda Ronstadt and Bad Bunny. 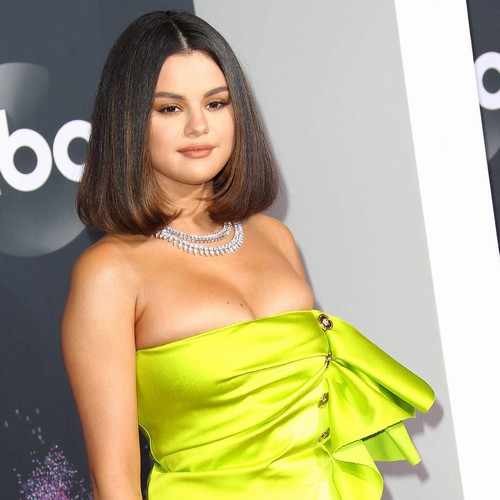 Liam Gallagher: ‘Let’s get stuck into the Christmassy vibe’

Fraudster faked employees to pay himself £200,000 in wages

Man glassed in the face in busy Sheffield beer garden