The 47-year-old former Moloko singer is back with her fifth solo album, ‘Róisín Machine’, this week and she’s not willing to share her disco queen status.

Asked about the likes of Dua and Jessie Ware being part of the modern disco revival with their recent records, ‘Future Nostalgia’ and ‘What’s Your Pleasure?’, respectively, Róisín replied: “Lovely, good for them – but I’m back to snatch their wigs! To me, disco can be anything. It is a disco record I’ve made, but my idea of it is very broad. I can easily think of Depeche Mode and Sylvester as disco.”

The ‘You Know Me Better’ singer explained that she didn’t have a “pop mentality” when working on her follow-up to 2016’s ‘Take Her Up to Monto’, but some of the songs on the record ended up having a “classic” sound.

She said: “Pop certainly wasn’t part of the discussion, but there might have been points when we were writing [the track] ‘Murphy’s Law’ and thinking, ‘Is this all right? Are we f****** going a bit borderline here?’, because it’s so classic. We allowed ourselves to go there and put some very strong songs on it, but we didn’t have a pop mentality when making it. I think the best pop is counter-intuitive; where it’s born out of some other ingredients.”

Despite approaching 50, Róisín insisted she’s “still got it” and feels like she’s just getting started.

She added to NME.com: “Every day I wake up, look in the mirror and I’m still fit. Every day is a miracle and a blessing and I think, F***, I’m still unfolding’. The longer it goes on, the stronger the whole narrative gets. It’s the best thing I can say about my life. And I think I’ll always feel that way.

“Lyrically, I think there’s more ambiguity on this record than my previous ones. With ‘Incapable’, for example, you don’t usually get girls singing about how they got away with it. It resonates on a personal level and then in my career – I’m unscathed; I’m not tarnished. It’s a case of ‘I’ve still got it, love – come and have a dance with your mum’.” 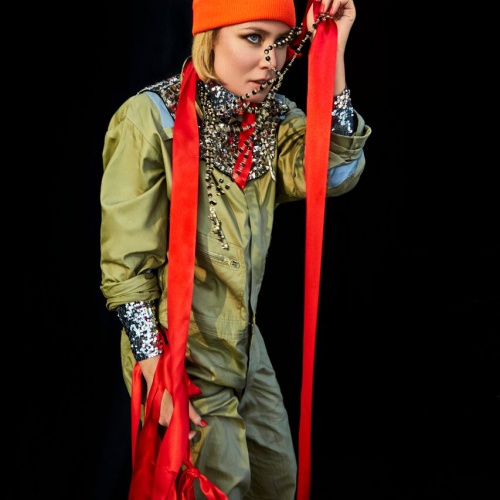 🎃 With Halloween not quite the same this year, here is something to get involved with 👻... ... See MoreSee Less