Former Bon Jovi guitarist Richie Sambora has given fans of the band a glimmer of hope for another reunion after revealing he’d consider a get together for “a special situation”.

The rocker quit the group in 2013 but remains on friendly terms with his former bandmates after an initial rift.

And now, weeks after Jon Bon Jovi revealed he wished Richie “had his life together and was still in the band”, the guitarist has made it clear he wouldn’t be opposed to sharing the stage with Bon Jovi again under the right circumstances.

Addressing Bon Jovi’s comment, Richie told the Daily Mail: “When people say I don’t have my life together, are you kidding me? I’m the happiest dude on the block.”

Talking about his decision to leave the band, he offered: “I was in a dire situation with my family, and I had to make a tough decision. And I did, and I’m sure people weren’t happy about it… Jon and I spent more time together than we spent with our families, because him and I wrote the songs.”

But he’s not ruling out another reunion.

“It would have to be a special situation for me to go back, but I’m certainly not counting it out. I have no malice toward that band,” he declared.

However, Richie insisted he’ll never have any regrets about leaving the band because he had to put family first – and the decision has paid off.

“My daughter just graduated on the dean’s list from LSU (Louisiana State University) as a psychology major and I love (ex-wife) Heather (Locklear) now more than when we first met. We still maintain a friendship and realise that we are definitely bound by blood and family,” he reflected. 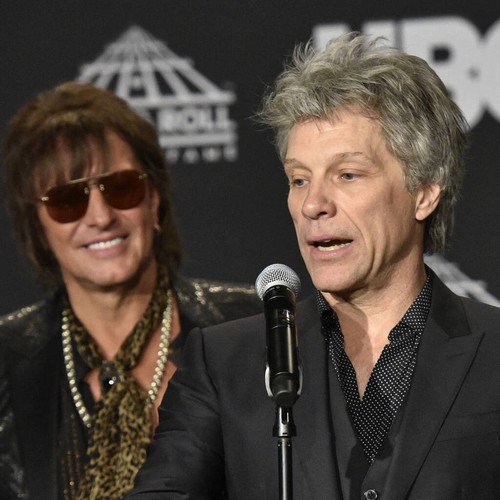 Spending review U-turn as pandemic pushes debt to 103.5% of GDP