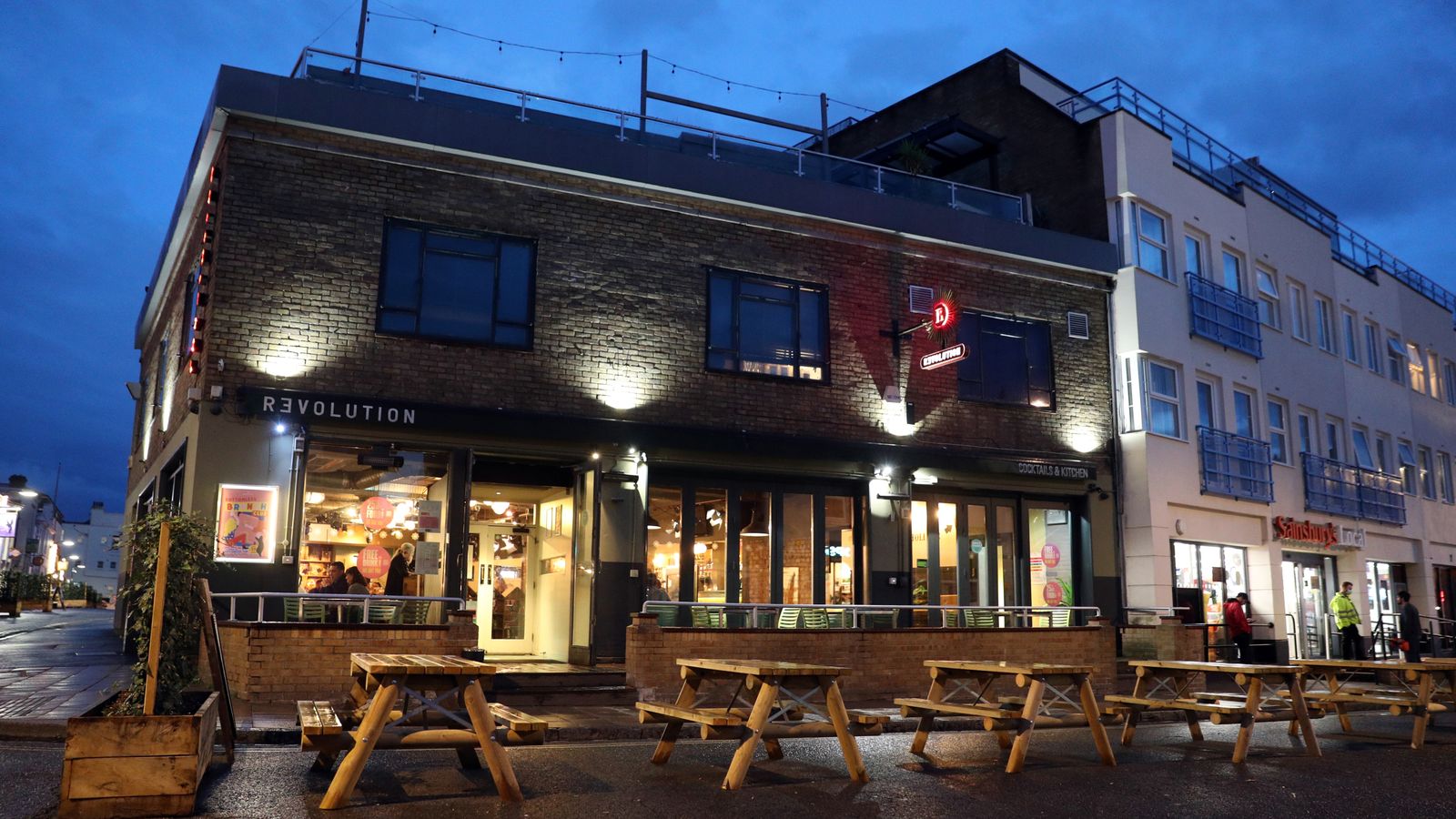 Revolution Bars has announced plans to close some sites after the government’s 10pm curfew cost it around a third of its revenue.

Revolution Bars Group said that, in the three weeks before the curfew was introduced, its sales were at nearly 78% of last year’s level.

However, in the five weeks since the curfew started, its sales have dropped to 49.4% of that level “due to the imposition of the 10pm curfew and more recently localised lockdowns, with more severe operating restrictions now affecting many of the group’s reopened bars”.

The curfew was brought in by the government and forces pubs, bars and restaurants in England to close at 10pm in an effort to limit the spread of the coronavirus.

It has been a severe blow for a sector that was hit hard by the government’s closure of all non-essential outlets and orders for people to stay at home during the first wave of the virus earlier this year.

One of Revolution Bars Group’s subsidiaries, Revolution Bars Limited, will have to close six Revolution-branded bars and reduce rents at seven others as part of a proposed company voluntary arrangement that will be put to creditors on 13 November.

Revolution Bars Limited operates 50 Revolution branded bars in the UK within the 73 operated by Revolution Bars Group. The CVA will not affect the ordinary operations of the rest of the group.

In its report, the group said: “Given the latest government restrictions under which the group is operating, the group’s trading outlook is uncertain and based on all the information and commentary available, the board now anticipates that the important Christmas trading period will be severely compromised and any return to near normal levels will not be possible before next spring at the very earliest.”

Revolution Bars chief executive Rob Pitcher added: “Throughout this extended period of distress caused by COVID-19, the group has sought to prioritise the health and well-being of its staff and customers, minimise its cash consumption, maintain good levels of liquidity to ensure its ongoing viability and to be in a position to take advantage of opportunities that may arise once restrictions are lifted.

“The CVA proposed by the group’s Revolution Bars Limited subsidiary entity, if agreed by landlords, is another proactive step to lower outgoings to help safeguard the future of the group and improve long-term performance.”

Bibby takes to the road with sale of distribution arm