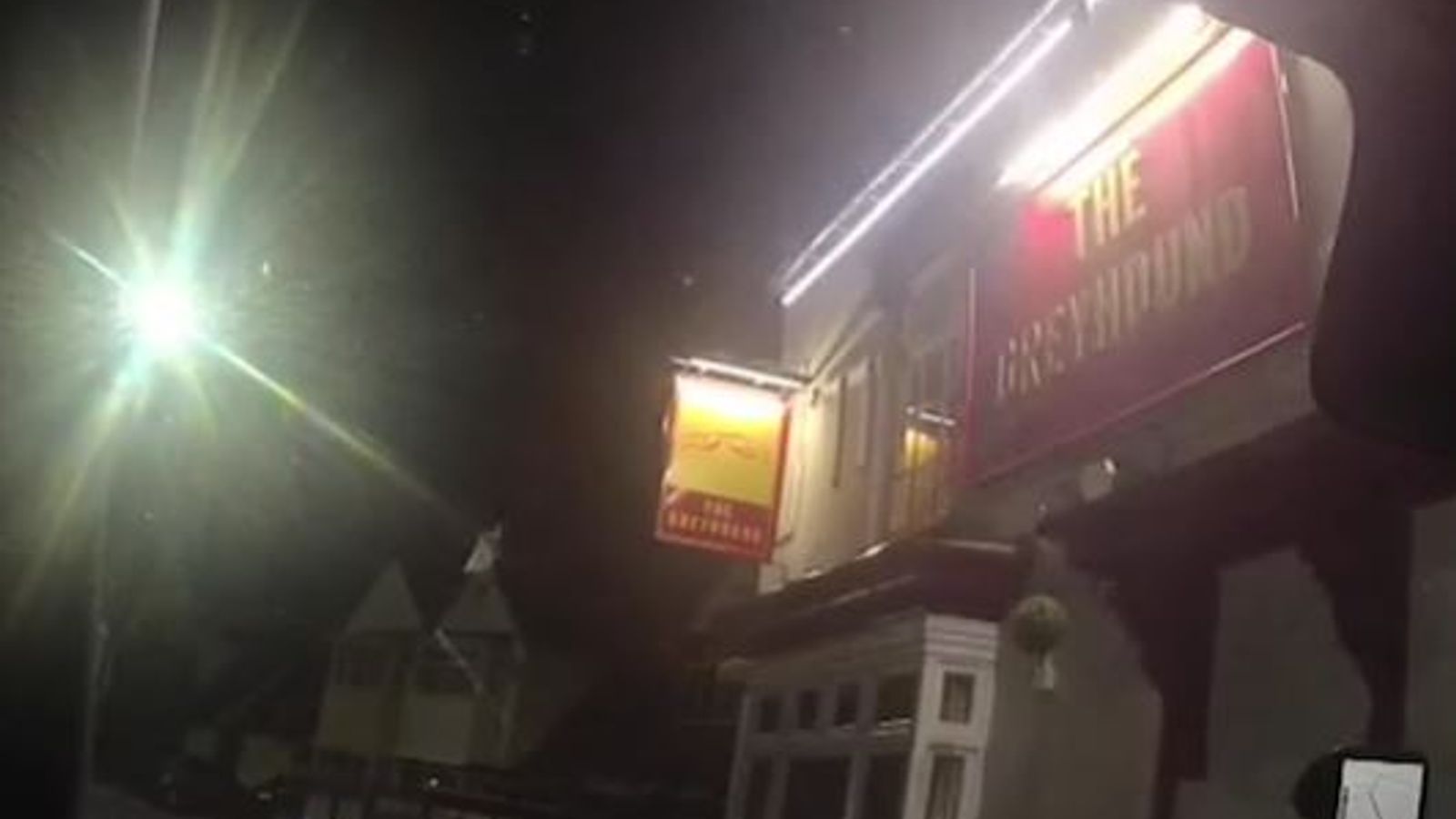 A pub in Birmingham has been fined £1,000 for hosting a wedding party of at least 60 people that went on past midnight in a double breach of coronavirus restrictions.

Police officers visited The Greyhound in the Erdington area of the city after neighbours complained about the noise and number of people at a wedding party there.

When they arrived, they found between 60 and 70 people, drinks still being served and a DJ and gazebo set up in the garden, West Midlands Police said.

The event was still going on after midnight – two hours after it should have closed under COVID-19 rules – without any social distancing, the force added.

#WATCH | This is what we found when we were called to reports of a lock-in at a pub in #Erdington – two hours after it should have shut because of covid laws.

We walked in to The Greyhound to find a wedding party, with drinks still being served, a DJ set up and a gazebo outside. pic.twitter.com/3LdeaqMBek

Although it happened when 30 guests were allowed at a wedding, there were still more than double the permitted number.

Officers dispersed the guests and spoke to the landlord earlier this week when they were fined £1,000.

Sergeant Nick Giess said: “This was a double whammy of breaches.

“Not only were they hosting a wedding party of around 60, which was twice the number allowed at the time, but they were still open at midnight with no signs of shutting down.

“No officer wants to barge in on someone’s wedding day – but we’ve got a duty to enforce these new rules to protect not only the guests, but their loved ones and the people they’ll come into contact with.

“Our officers took a sensible approach and chose not to fine the guests, but those running licensed premises should know better.

“We’ve decided to impose a £1,000 fine, and not the £10,000 maximum, because it was on a much smaller scale than some other events, and the pub has not been in trouble with us before.”

Queen and Duke of Edinburgh to spend Christmas at Windsor