Jane’s Addiction frontman Perry Farrell had his voice box removed and “put on a table” during spinal surgery.

The 61-year-old rocker went under the knife in September to have “crushed discs” removing and he admitted the idea of the procedure was “daunting” because of the risk to his singing voice, but it was thankfully a success and he’s even standing taller now.

He said: “It was successful. I have crushed discs in my neck, mostly from partying and leaning back my head to rip out notes and surfing and dancing around… There’s a long list.

“They had to remove my voice box and put it on a table. That was daunting.

“They literally exposed my skeleton, took the discs out and put in artificial discs. So now I am a quarter inch taller and twice as attractive to my wife.”

The musician admitted the fact he’s still alive is down to the “luck of the draw” because he’s had so many brushes with death over the years.

He said: “I guess it’s the luck of the draw. I’ve overdosed numerous times, been lost at sea… They just keep sending me back, I don’t question it.”

And the ‘Mountain Song’ hitmaker admitted he’d love to see his life story turned into a film, though he’s unsure who could play him.

Speaking to Classic Rock magazine, he said: “I kind of like the idea [of a biopic]. I used to think, ‘Hey, if there’s a Perry Farrell movie, I want to Perry Ferrell. Now I’m too old.”

Perry credits his trim physique to a love of tea and biscuits.

Asked how he’s stayed as slim now as when he started his career, he said: “PG Tips. I love it. With condensed milk. My wife is from Hong Kong, I get the British influence with the Asian influence. PG Tips and chocolate digestives. That’s the secret.” 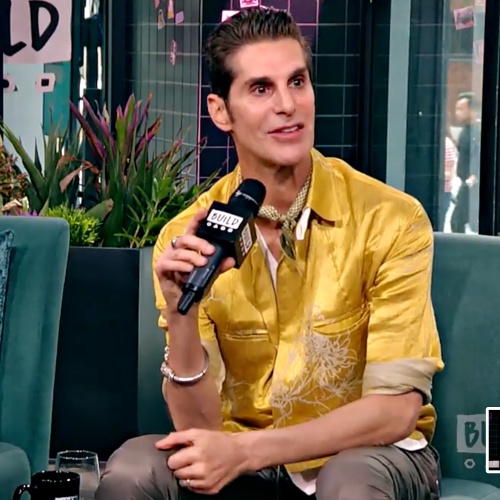 Professor Green has launched his own brand of liquid vitamins