Paul McCartney has a yoga group with Alec Baldwin

The Beatles legend shared the news of his famous fitness friends as he revealed he’s adopted Baldwin’s polite but firm response whenever someone approaches him for a photo in public. Paul admits he has always hated posing for pictures when he’s not working.

“I don’t like to take pictures,” he shared on the Smartless podcast with actors Jason Bateman, Will Arnett, and Sean Hayes. “When people say, ‘Can I have a picture?’ ’cause everyone’s got a camera (on their phone)…, I say, ‘I’m sorry, I don’t do pictures.’ It’s a line I got from watching Alec Baldwin once.

“We have this little thing with Lorne, Alec, and a couple of mates. It’s called The Yoga Boys, and we do yoga together, and we’re terrible!” he laughed.

“Anyway, we were sitting around afterwards, talking and we’re having a bite to eat outdoors. Someone comes up to Alec and says, ‘Can I have your (photograph) with Sir Paul?’ He looks, with that Alec look, and says, ‘I’m sorry, I don’t do pictures.’

McCartney insists he’d much rather enjoy a conversation with a fan instead of take part in a photo opportunity.

“The minute I put my arm around you, you put your arm around me, I feel like the monkey in St. Tropez – ‘Come and have your picture taken with the monkey!’ and I don’t like that, it puts me off.”

And the star admits there’s been an upside to the use of face masks amid the coronavirus pandemic – because he can now walk around relatively incognito.

“The one good thing about the virus is everyone’s got masks…!” he quipped. 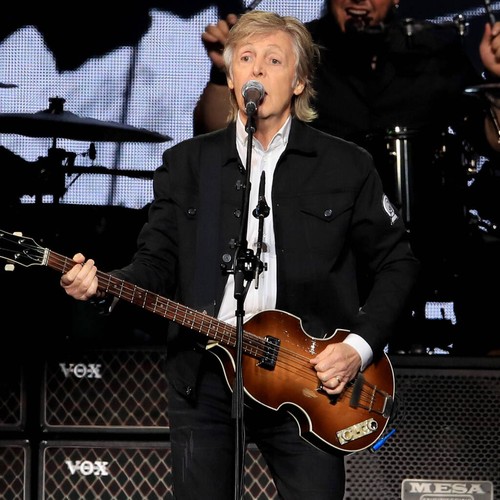