Offset livestreams himself being detained by cops at Trump rally

Offset was detained by cops while driving through President Donald Trump’s rally in Beverly Hills, California on Saturday.

The 28-year-old rapper took to his Instagram Live to share the incident with fans, with footage showing a police officer attempting to detain him while he was in his car.

In the clip, Offset insists he’s not going to remove his hands from the steering wheel as police tell him to turn off the car. The Migos star was with wife Cardi B’s cousin, Marcelo Almanzar, who was arrested and is being charged with carrying a concealed weapon and carrying a loaded firearm in public.

Officers can also be heard telling them, “We were told that you guys were waving guns at people,” as the rapper responds by saying that there were people hitting his car with flags.

When an officer tries to reach into Offset’s vehicle and open the door, the rapper says, “You can’t do that! It’s not legal!” and claims, “I’m gonna sue the s**t outta you. Y’all know who I am?”

During his Instagram Live, Offset also says, “I’m a f**king celebrity, do you know who I am? I’m Offset from Migos.”

“There’s 25,000 people in my Live,” he tells the cops before being forced out of his car. The livestream cuts out after an officer opens the door of Offset’s vehicle and he comes out.

Another video seen by the Daily Mail shows Trump supporters waving flags at Offset as cops handcuff him.

Cardi also did an Instagram video of her own on Saturday, showing her riding in a Rolls Royce and saying, “I don’t like this!” as she passes the same Trump rally. 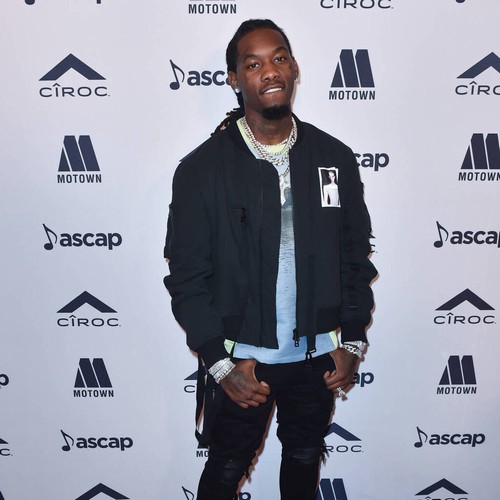 Drake confirms he will release a new album in January