Nicki Minaj offered a rare glimpse into her life as a new mum as she shared a snippet of her son’s voice online.

The rapper welcomed her first child with husband Kenneth Petty on 30 September but has chosen to keep her family life under wraps, opting not to reveal the tot’s name publicly as yet.

However, taking to Twitter, the Megatron star uploaded the sweet voice message, which features her son cooing as Nicki chats to him.

“Say hi to the Barbz, papa bear. Say hi,” she says, as he makes noises in response.

“Whatcha doin’? Say something… Aww, you said hi to the Barbz? Good boy,” she murmurs.

Despite being a working mum and one of the world’s biggest rappers, Nicki has yet to call in outside help and has been hands-on during her first few months of parenthood.

Earlier this month, a fan suggested the 37-year-old should hire some help with the child, prompting her to respond, “Everyone tells me that. Lol (Laugh out loud). I rlly (really) should get one (nanny). Difficult decision tho.”

“Last night I tried to tweet while I was feeding him,” she added.

“He looked @ me & said ‘absolutely TF (the f**k) NOT.’ he wants his undivided attention chile (sic),” Nicki shared. 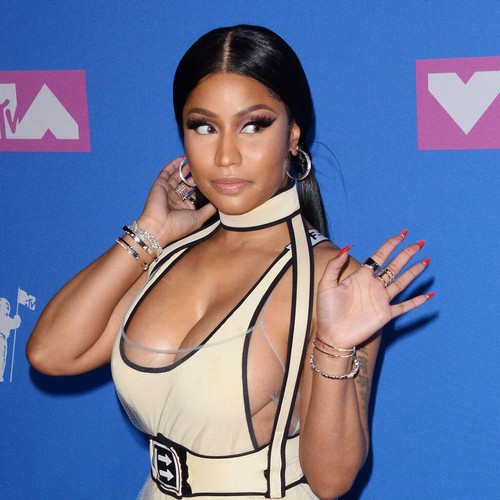