The ‘Head & Heart’ hitmaker has co-written and produced hits for the likes of Beyonce, Little Mix and Dua Lipa, and most recently he’s been in the studio working with ‘Boyfriend’ singer Mabel on her next record.

And while the 25-year-old Londoner has released his own tracks, he admitted it wouldn’t bother him if he was just doing stuff “behind the scenes” as long as he’s making music.

Speaking on Billboard’s ‘Pop Shop Podcast’, he said: “I have been focusing more on the behind-the-scenes stuff.
“I’m also on a new dance song by Sleepwalkrs called ‘More Than Words’ that came out a couple weeks ago. So that’s also cool. But I mean, for the most part, I’m just, I’m now at a place where I’m just happy to make music. So it’s really not even about me being the face of it or like the voice behind it or anything.

“I look up to people like Timbaland and Pharrell and Quincy Jones. I really just want to be that as far as my career, so that involves just being a part of music, period. So that said, I’ve done a lot of stuff on this new Little Mix album. So their new single ‘Sweet Melody,’ I’ve co-written and co-produced. And I’m literally, I’m actually in with Mabel today, just recording some stuff for her new album.”

Meanwhile, MNEK – whose real name is Uzoechi ‘Uzo’ Emenike – says chart-topper ‘Head & Heart with Joel Corry was “a godsend” amid the uncertainty of the coronavirus pandemic.

He said: “When I’d heard the song, it had come at the beginning of lockdown, and it was very much a godsend. I think that song, like, I think when times are dark and kind of uncertain … When I got sent it, from the moment I heard it to when I recorded it, it was less than 24 hours. I just knew there was something about it and something that I wanted to be a part of. And the entire process was just so great and so fun and just a really quick turnaround and quick response.” 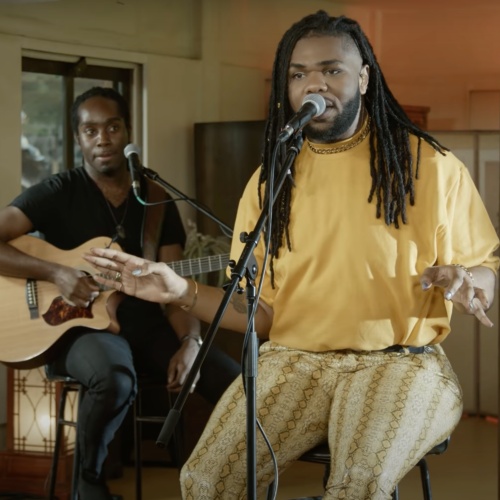