According to the pop star, staffers are thrilled when Miley tells them the name of her plus one but, when she rocks up with her pooch and not the supermodel, who also shares the same name, they’re left scratching their heads.

She told the Daily Star: “Kate Moss is fabulous. Large and in charge.”

Miley went on: “It is very disappointing for the men on set when you say you are bringing a plus one and they see the name on the call sheet and something totally separate arrives.”

Miley adopted the bulldog over the summer after she was taken in by firefighters in Fresno, California, with the Midnight Sky star explaining the pup was “covered in fleas and smelled really bad”.

Initially, she only planned to care for the dog for a short period until she was re-homed, but soon decided she couldn’t bear to part with the pup.

Now, she’s happy and settled in her new home – however, Miley’s quick to clarify: “Kate Moss does not really look like Kate Moss!”

Another canine belonging to Miley, named Little Dog, startled her and her colleagues on the set of The Voice in America after the pup was mildly electrocuted.

“This is sad, but it was handled and my dog is totally thriving and fine,” she said, explaining to The Geena the Latina and Frankie V Morning Show how Little Dog bit into some wires while she was taping the show. 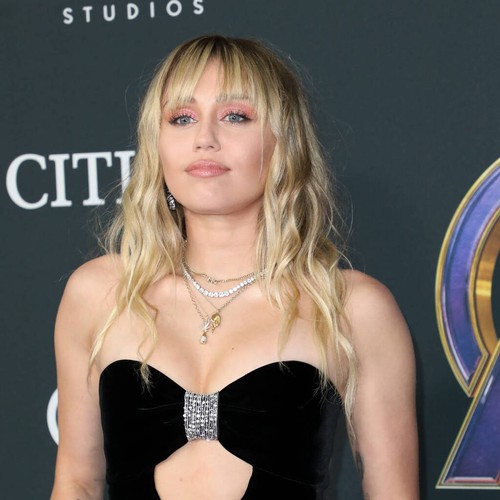