Miley Cyrus and Stevie Nicks have combined their hit songs Midnight Sky and Edge of Seventeen for a new collaboration titled Edge of Midnight.

The 27-year-old singer and the 72-year-old Fleetwood Mac star have joined forces for the remix, the latest song to be released from Miley’s upcoming album Plastic Hearts, which is set for release on 27 November.

Sharing the song on her Twitter page on Thursday, Miley wrote: “@StevieNicks has always been my idol & an inspiration. It’s an honour to now call her my friend and collaborator. Edge Of Midnight (Midnight Sky Remix) out everywhere!”

Meanwhile, Stevie also posted the song on Twitter and wrote: “Duet with @MileyCyrus …Magical! Loved singing with her! Available everywhere.”

Miley previously explained on the Zach Sang Show back in August that she “reached out” to Stevie for her blessing before she released the original Midnight Sky as the rock icon inspired the track.

“I actually had this song blessed by Stevie Nicks, because there is a kind of a nod to Edge of Seventeen in this song,” she said. “So, I actually reached out to her directly about, ‘this song, it has your spirit, your magic.’ I actually wrote this whole kind of message about, you know, ‘the kind of artist I want to be is the kind of artist that you’ve been for me, like I just hope that I can be that for other people.’ When I’ve felt lonely, Stevie Nicks has been there for me, whether she’s known it or not.” 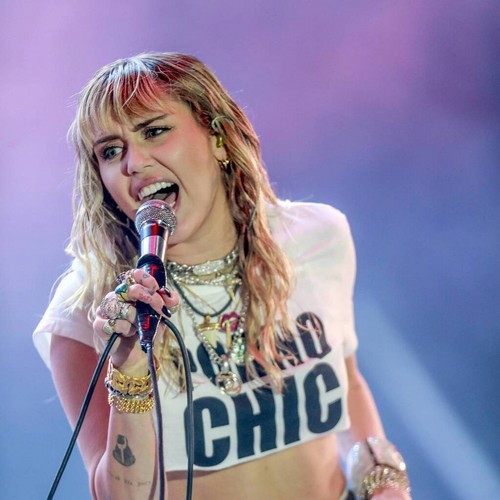 Should we worry about the mutation of COVID in Danish mink?