Megan Thee Stallion: ‘Tory Lanez tried to buy my silence after he shot me’

Megan Thee Stallion has alleged Tory Lanez offered her money to keep quiet after he shot her following a party in July.

The WAP star and her friend had left a Hollywood Hills party in a car with Tory following the bash when they clashed and Megan insisted on walking home. She identified Tory as the shooter in a video post on social media after the news hit headlines, but he has always denied he was the one who pulled the trigger.

After being named GQ Magazine’s Rapper of the Year, Megan opened up to the publication about the terrifying incident, admitting she didn’t know what to do in the immediate aftermath of the shooting, at which point Say It star Tory is said to have tried to buy her and her pal’s silence.

“(At this point) I’m really scared, this is like right in the middle of all the (Black Lives Matter) protesting,” Megan – who had to have surgery on her foot after the attack – said. “Police are just killing everybody for no reason, and I’m thinking, ‘I can’t believe you even think I want to take some money. Like, you just shot me.'”

A lawyer for Lanez denied Megan’s claim to GQ Magazine.

Megan went on to admit that she struggled to stay strong throughout the scandal, and found it difficult to “be tough” when she herself had been the victim.

“It was like, who really checks on us or who protected us? You just go your whole life with that mentality,” the 25-year-old mused. “And then when something actually happens to you, when you properly should have protected yourself, your first instinct was not to protect yourself, it was protecting other people. So it was like, ‘What do I do?’ ‘What do I say?’ Like, ‘Is anybody going to believe what I’m saying?’” 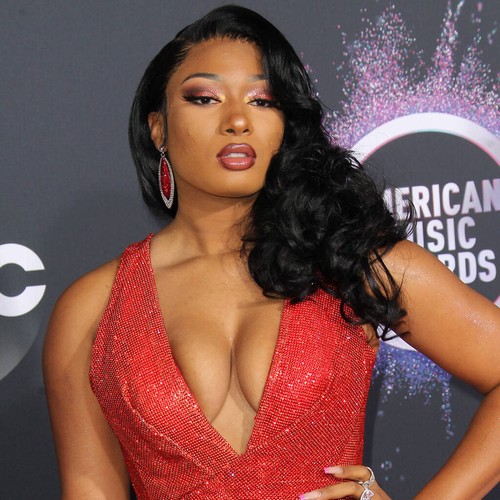