Megan Thee Stallion has bared all to announce the launch of her first official album.

The Savage rapper took to social media on Thursday to reveal Good News will drop on 20 November. Megan posted a shot of the cover, which features herself, naked and covered up by a newspaper, and surrounded by 2020 headlines. While announcing the new material, Megan also took time to pay tribute to her faithful fans for always believing in her.

“Hotties , I first want to say thank you for riding with me, growing with me, and staying down with me since my first mixtape Rich Ratchet,” she wrote in the caption to accompany the snap. “Through this rough a*s year we’ve all been having I felt like we could all use a lil bit of good news.”

Good News will follow the releases of EPs Suga and Fever.

Megan has enjoyed considerable success this year, collaborating with Cardi B on the worldwide hit WAP as well as Beyonce for a remix of the Suga track Savage.

Meanwhile, the rapper is set to perform a new track at this year’s American Music Awards on 22 November. 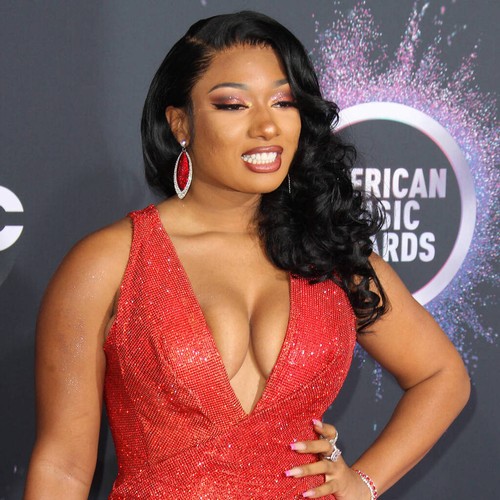