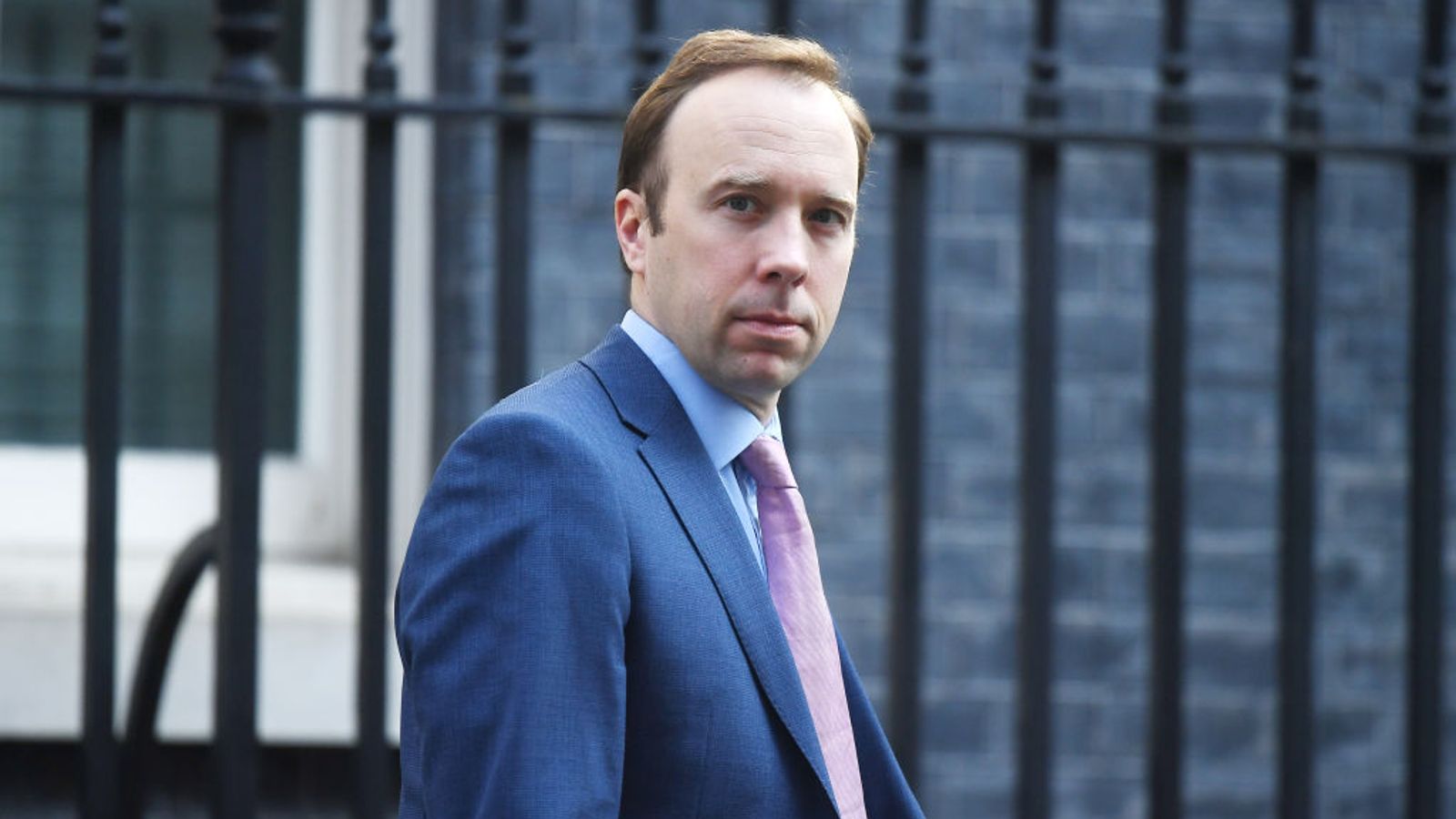 Health Secretary Matt Hancock has denied claims he broke the government’s coronavirus drinking curfew by continuing to consume alcohol in the Commons bar after 10pm.

A senior Tory MP told the Mail on Sunday that Mr Hancock remained in the Smoking Room bar until at least 10.25pm on Monday, despite House Speaker Sir Lindsay Hoyle insisting Commons venues must abide by the same curfew as all English pubs.

The newspaper also reported Mr Hancock arrived at the bar just before a 9.40pm vote, ordered a glass of white wine and joked: “The drinks are on me – but Public Health England are in charge of the payment methodology so I will not be paying anything.”

Mr Hancock’s alleged reference to Public Health England came after he had addressed the Commons regarding the controversy over the organisation misplacing nearly 16,000 coronavirus test results.

The health secretary’s spokesman insisted the minister had not broken curfew rules.

He said: “The proposed timeline of events is false and no rules have been broken.

“The secretary of state then departed the parliamentary estate to go home.”

However, a government source told the PA news agency that Mr Hancock had made the joke as reported.

The accusations come at a highly sensitive time for the government as mayors in northern England have expressed opposition to expected moves next week to shut down parts of the hospitality sector, such as pubs.

Asked about reports Mr Hancock had been excluded from some high level meetings regarding the coronavirus outbreak, a government spokesperson said the claims were “totally false”.

England’s deputy chief medical officer has said the country has reached a tipping point similar to the first wave of coronavirus but is still in a position to stop history repeating itself.

It comes as the UK reported another 15,166 coronavirus cases and a further 81 deaths in the daily update on Saturday.

The figures marked a rise of 1,302 cases on Friday’s daily figures – when 87 deaths were reported – and means the UK has now recorded 42,760 coronavirus-related deaths.

Businesses being bled dry in Durham where coronavirus is spreading fast