The iconic 80s’ new wave band – which was originally comprised of Tony Hadley, Steve Norman, John Keeble and brothers Martin and Gary Kemp – have marked the 40th anniversary of their formation with the release of the ‘Spandau Ballet 40 Years – The Greatest Hits’ album.

And speaking to promote the LP, Martin has admitted that while it wouldn’t take anything for him to get in a room with his ex-bandmates – who have fallen out countless times over the years – he’s not keen on the idea of touring the world again.

He told The Sun newspaper: “We are a family that goes through stuff. We have our arguments and re-formed and then had more arguments.

Will we get back together? It’s a tough one because we’re at an age when I’d question if I’d enjoy a world tour again.

I’m not sure I would want that back in my life. So looking back on the band with this album has been lovely.”
Ex-frontman Tony’s relationship with his bandmates hasn’t been plain sailing.

In 1999, Tony, drummer John and sax player Steve were embroiled in a lawsuit over royalties with chief songwriter Gary, but they failed in their efforts.

Despite the lawsuit and arguments, the former ‘EastEnders’ actor insisted he personally doesn’t have a bad word to say about any member of the ‘True’ band.

Asked if a reunion is possible, he added: “I have no beef with anyone in the band. I never had. I understand people want to see us together and I have a real guilt with that.

If it’s to be, it will be. There are five people who have to say ‘yes’ at the same time, not just me.”

Tony quit in 2017, and despite calls from Gary to rejoin the ‘Gold’ hitmakers, he has vowed never to return.

However, Martin admitted it didn’t feel like Spandau Ballet.

He said: “It was an experiment that we all had a lot of fun doing but, for me personally, it wasn’t Spandau. But we tried it.

“It didn’t work and we had to move on. And I don’t feel guilty about Ross as he had a great time doing it.” 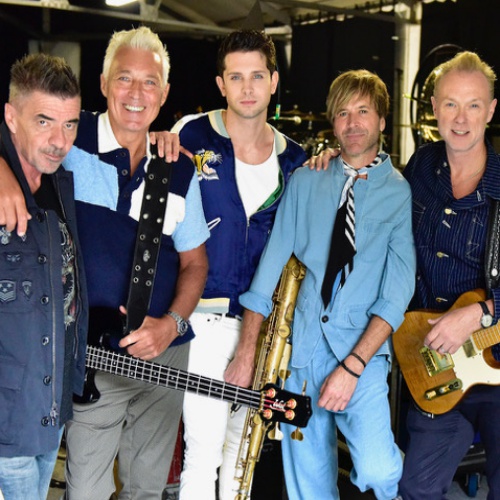