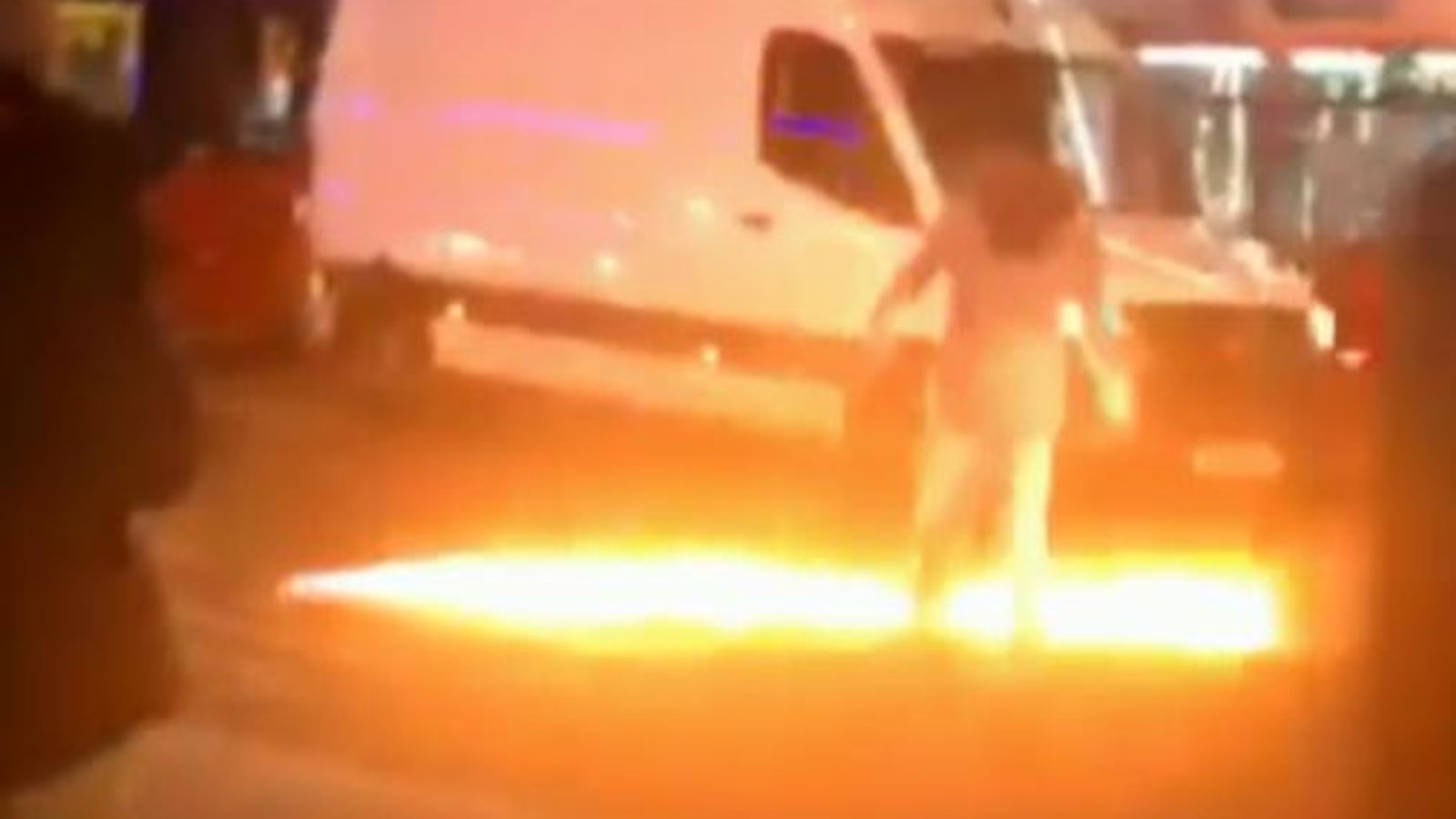 Detectives have charged a man with attempted arson in connection with an incident at Edmonton police station.

The station was evacuated on Wednesday evening after a car crashed into the front of the building, with the driver getting out and setting fire to the road using petrol.

Adam Pawlowski, 45, of Goff’s Lane, EN7, has been charged with attempted arson with intent to endanger life and criminal damage.

He will appear at Highbury Corner Magistrates’ Court on Friday, 13 November.

Video of the incident showed a man leaving the crashed car, outside the station, walking a short distance and pouring liquid on the busy road before setting it alight.

Another video appeared to show police pull up and someone pin a man to the ground, as buses waited in the busy north London street. A police officer could be seen rushing to get a fire extinguisher from the car and putting out the flames.

London Fire Brigade and London Ambulance Service attended the incident in Fore Street, and no injuries were reported.

The incident was not being treated as terror-related.

Cardi B apologises for cultural appropriation after Hindu-themed photoshoot