British pop star Mabel’s mental health is in a better place after spending the Covid-19 lockdown living with her musician parents.

The Don’t Call Me Up singer is the daughter of singer Neneh Cherry and songwriter and producer Cameron McVey, and moved in with her parents when the coronavirus shuttered every aspect of the entertainment industry in March, despite some initial wariness.

Speaking to GQ magazine, she says, “I just thought it was going to be too hard, when I already have a lot of struggles with my mental health,” before revealing that slowing down and staying with her parents has helped her gain perspective.

“When I was younger, I always felt like maybe if I had a boyfriend, or if I dyed my hair this colour, or if I had a No1 album, then the anxiety would go away, but it’s who I am and I actually love that,” she adds.

Now she feels she has truly come to terms with her anxiety – as she can manage the voices of self-doubt she has often paid attention to in the past.

“I had this misconception that confidence was becoming the person that I wanted to be and I know now that confidence is actually being 100 per cent OK with who you really are,” the 24-year-old singer explains. “Now, I can hear the little voice in my head and I’m just like, ‘OK, you’re there, but I’m not going to believe everything you say’.”

Mabel previously told GQ that she has suffered from “panic attacks” and that her parents struggled to find an answer to her anxiety other than music.

Her success as a musician also led to a moving moment at this year’s BRIT Awards – held in February. Mabel paid tribute to her mum after winning the Female Solo Artist prize – and Neneh, who won a BRIT herself 30 years ago, joined her daughter on the red carpet. 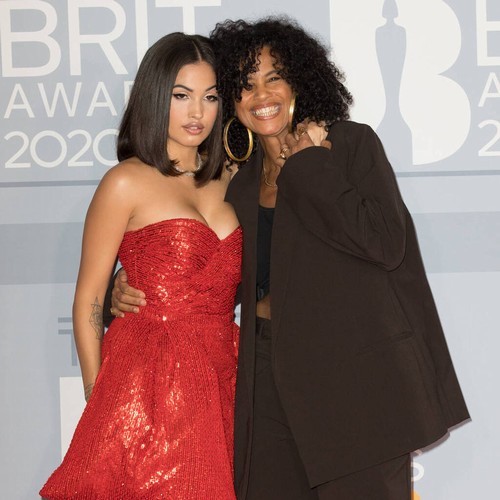 Louis Tomlinson has been “cooking” up new music in lockdown