Little Mix: ‘We didn’t expect being in a girlband to be so hard!’

Little Mix open up on the struggles of fame as Jesy Nelson takes an “extended break” from the group.

Singers Perrie Edwards, Leigh-Anne Pinnock and Jade Thirlwall will appear on Saturday’s instalment of Britain’s The Jonathan Ross Show and, during their interview, they admit “people don’t see what goes on behind the scenes” of their careers.

“I don’t think we expected it to be this hard,” says Perrie. “When you’re young and you think of being a pop star, you think, ‘Oh I want everyone to love me and ask for my autograph…’ then you get thrown into it and you’re like, ‘Holy s**t balls it’s a lot’.”

She adds: “We don’t rest, we don’t sleep. But we love success so we’re willing to work for it and it’s been an amazing 10 years!”

However, Jade says they’ve received huge amounts of support from their fans, she shared: “We’ve got each other, that’s the beauty of being in a band. We just stay grounded with our friends and family.

“When we get time off we go straight home and see the family. Our mams would be the first to tell us off if we were getting a bit big-headed.”

Little Mix won The X Factor U.K. in 2010 and their comments come amid reports the band is secretly making plans to pursue solo careers in 2021, following Jesy’s temporary departure.

The singer had to pull out of appearing in the final episode of the girl group’s TV talent show, Little Mix: The Search, earlier this month due to a mystery illness, while she was also absent from the MTV Europe Music Awards the next day.

A spokesperson has since revealed she’ll be sitting out band activities until further notice, sharing in a statement: “Jesy is having extended time off from Little Mix for private medical reasons.” 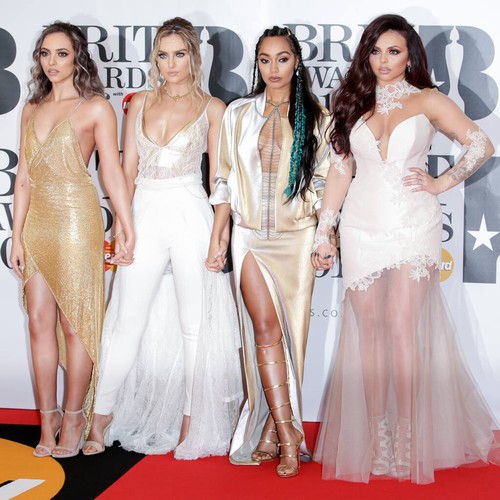 The Rolling Stones set to launch their own chocolate bars