Leona Lewis: ‘Using fur in fashion is cruel and outdated’

Leona Lewis has called out the use of fur in fashion, branding it “cruel and outdated”.

The British singer is renowned for her animal welfare activism and in a new interview with Rollacoaster Magazine, she slammed any countries that still allow the legal sale of furs. She also urged the public to think twice before they consider wearing it.

“I’ve always been anti-fur, I think it’s so cruel and outdated,” she told the magazine. “I think anyone who can see a protest like that and not see the humanity of it all, has no compassion and I think it’s vile.

“I’ve been involved in a lot of campaigns and animal rights, but fur is the one thing that I think is the most horrendous side of the whole animal welfare issue.”

Leona has no regrets about using her fame to campaign for issues close to her heart. The 35-year-old star, who shot to fame when she won the U.K. X Factor in 2006, said she has a sensitive personality and can’t bear to stay silent when she feels strongly about certain injustices.

“If you have a platform where you can speak out about wrongness in the world, I feel like it would be a waste not to,” the Bleeding Love star said. “It depends what issues upset you or you feel need to be brought to light. With the platform I’ve earned, there are certain injustices that I see that moves me so to a point that I can’t keep quiet about it. 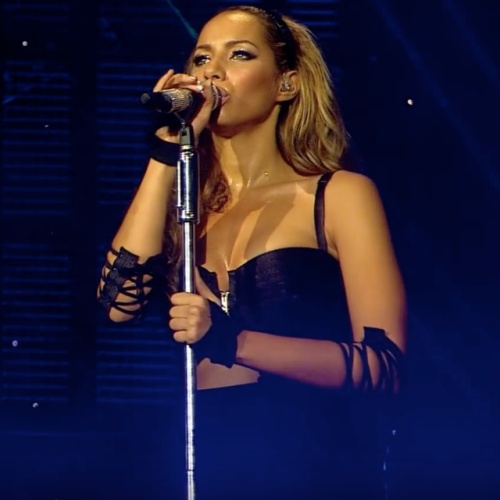 John Legend: ‘I don’t look to anyone else for fashion inspiration’