Lady Gaga reflected on the end of her relationship with fiance Taylor Kinney at a rally for Democratic presidential candidate Joe Biden on Monday.

The 34-year-old singer made an appearance at Biden’s final rally before America’s election day in Pennsylvania as she spoke about how she used to live in Lancaster in the state when she was engaged to the Chicago Fire star.

Later, as she performed her song You and I, Gaga paused to apologise to current boyfriend Michael Polansky for bringing up her ex.

“To my boyfriend here tonight, I’m sorry I had to do this whole ‘Pennsylvania, I dated a guy here’ thing, I love you so much, but it’s true,” she said.

Elsewhere during her appearance at the rally, Gaga addressed backlash following a video she’d shared of herself over the weekend, in which she wore camouflage clothing and popped open a beer while encouraging people in swing states to vote in the presidential election.

Gaga’s outfit sparked controversy among Republicans, but the singer was unapologetic as she insisted: “I will not be told what I can and cannot wear to endorse our future president.”

“I put some country clothes on the other day and said I was voting for Joe because I wear Cabela’s (hunting gear) when I’m on a four-wheeler in Pennsylvania,” she continued. “So this is what I have to say about that… I may not always look like you. But I am you. We are each other.” 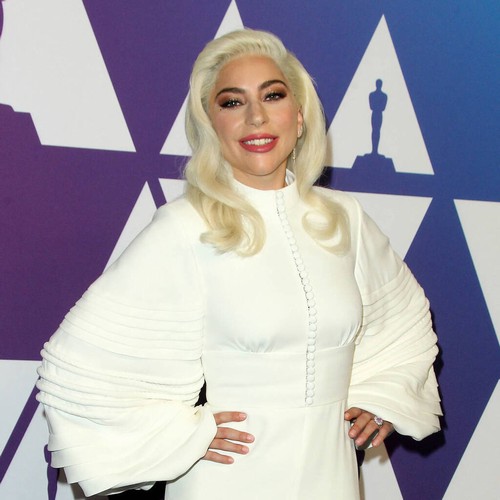