Kylie Minogue missed out on a dream-come-true recording session with Prince because her record label bosses didn’t like the idea of her teaming up with him.

The Australian pop star plucked up the courage to chat to her teen idol backstage at one of his gigs when she was working on her first album, and he tasked her to come up with some lyrics he could write a song around.

“I don’t know where I plucked up the courage from, but I said, ‘I’m making an album’… I’m more gutsy than I kind of make out sometimes, even to myself,” she recalled.

“We just kind of hung out… and he kind of put me on the spot a bit. He was like, ‘So where are your lyrics? Where do you want your mic set up?’ It was too weird,” Kylie recollected.

Minogue scribbled down some lyrics and handed them to her crush before he left.

“I spoke with him on the phone (days later) and he said, ‘My driver’s going to drop over with the cassette’,” Kylie shared.

“The driver arrives – one of those ‘home alone’ moments. There’s no one to share this with. There’s a cassette in my hand with Prince singing a song called Baby Doll, that I kind of was involved with,” she marvelled.

Sadly, the management at Kylie’s label was less enthused.

“We didn’t record it… I suggested it to my label and said, ‘I think he would want it to do it all’, and they weren’t into that. That was that,” she lamented. 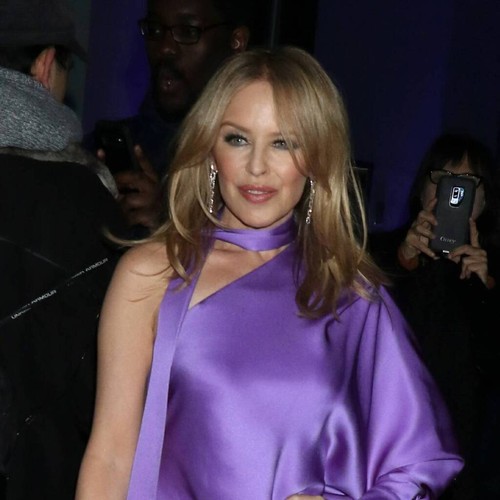