Kylie Minogue regrets not always ‘speaking up’ early in her career

Kylie Minogue wishes she’d “spoken up” in the early days of her music career.

The popstar made her debut on the music scene in 1987 after beginning her career as an actress on Australian soap opera Neighbours and, after more than 30 years, is currently preparing to release her 15th album Disco in November.

Speaking with Jessie Ware on her Table Manners podcast, the I Should Be So Lucky star admits there’s a lot of things she “wishes she had done differently,” but insists in recent years she doesn’t “let things slide” anymore.

“I’m not sure how correct I am in saying, in recent years, last five, 10 years, whatever, where I am more… I don’t let things slide, some things from the past… I’ve always had the idea, but haven’t always spoken up,” Kylie explains.

Recalling her experiences of being a young woman in the music industry, she adds: “So much noise, especially when I was younger, (I’d be like), ‘You’re the grownups, I don’t know, I’m new to all of this,’ even though it’s really successful, it was learning on the job basically a lot of it.”

Kylie launched her career with British production trio Stock Aitken Waterman and was signed to the PWL (Pete Waterman Limited) label – but despite crediting the ‘Hit Factory’ for her career, she admits she grew “furious” by the end of her time there.

“In the five years with them, going from a 19-year-old to early 20s, becoming furious, wanting to become more involved, be in the room, not be in the waiting room until they were ready,” she says.

The All The Lovers hitmaker released four albums under PWL, leaving after 1991’s Let’s Get to It and her subsequent Greatest Hits collection. 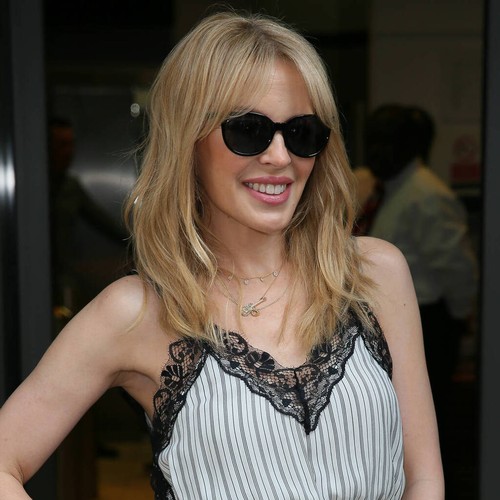