Kanye West’s appearance on Joe Rogan’s top-rated podcast has been postponed after a member of the comedian’s crew tested positive for Covid-19.

All of the upcoming The Joe Rogan Experience podcasts have been scrapped following producer Jamie Vernon’s coronavirus diagnosis.

“I tested negative, and the rest of the staff tested negative but we’re shutting everything down until we get an all clear from our doctor,” Rogan explained in a new video.

“I was out of town last week and the shows that aired had all been previously recorded, so I haven’t had any contact with Jamie in the past nine days except for briefly today, but I’m staying away from everyone and being tested every day until I know I’m in the clear.”

Kanye confirmed he would be appearing on the show this week by sharing screenshots of a FaceTime call with Joe over the weekend, after reaching out to the host and asking to be a guest.

The music star released another video on Tuesday to support his presidential campaign, this time showing Americans who have pledged to vote for him in the upcoming elections.

“I’m voting for Kanye because I think this nation needs a strong leader with ideas,” a voter named Chukwuebuka from New York explained. “Good ideas that can progress us, not liberal or conservative. Just, like, fact, and Kanye’s that guy.” 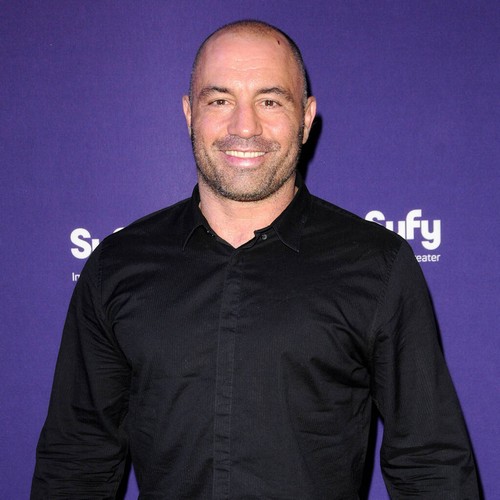