Jonny Greenwood wins his 7th award from The Ivors Academy

The Ivors Academy last night [1 December] revealed the winners of 14 Ivor Novello Awards as part of The Ivors Composer Awards 2020, celebrating exceptional new works by composers writing for classical, jazz and sound art. The winners of these prestigious Ivor Novello Awards were revealed last night as part of a two-hour ceremony broadcast exclusively on BBC Radio 3, hosted by Kate Molleson and Tom Service.

Ivor Novello Awards were presented to eleven composers for categories covering classical, jazz and sound art compositions, in addition to three ‘Gift of The Academy’ Awards. All eleven category winners were commissioned by different venues or organisations, ranging from the Vortex Jazz Club to the BBC Proms. Six of the category winners are 30 and under, highlighting the vibrancy and talent of the UK’s composing scene. The Ivors Composer Awards were formerly known as the British Composer Awards, having rebranded in 2019, and are supported by PRS for Music.

Jonny Greenwood picked up his seventh award from the Academy for his ‘Large Orchestral’ work ‘Horror Vacui’ which was commissioned by the BBC Proms and premiered by Daniel Pioro, BBC National Orchestra of Wales and Proms Youth Ensemble. Greenwood explains that “horror vacui is the fear of empty space, usually in paintings. For this music, I’ve focused on all the different ways there are to electronically create reverb and echoes and translated them into the complexities of a string orchestra.” The judges felt that the work was “engaging, endlessly fascinating and completely original in both concept and realisation.”

Written to mark the occasion of National Windrush Day, Renell Shaw’s ‘The Vision They Had’ picked up the award for ‘Jazz Composition for Small Ensemble’. Commissioned by the Vortex Jazz Club, Shaw’s work included words and audio recordings from his grandparents who are members of the Windrush Generation. Renell said “when I was writing ‘The Vision They Had’ the goal was simple – tell my grandparents’ story authentically and honestly. I didn’t want to just talk about Caribbean people who’d come to England. I wanted to talk about the deeper stories. I wanted to talk about love and loss, triumph, adventure and success.” The judges commented that “this is a work for our time…personally and politically resonant with emotional dialogue, it is beautifully composed with historical audio sampling and interplay of music and spoken word.”

The ‘Sound Art’ category award went to Kathy Hinde for ‘Twittering Machines’, an audio-visual performance featuring bespoke vinyl, objects, live electronics, field recordings and video projections. Inspired by John Keat’s ‘Ode to a Nightingale’, the work is “a poetic reflection on the delicate state of bird populations, as suitable habitat becomes rare and climate change confuses the seasons.” The judges felt that the work was “acoustically engaging, compelling and innovative.” This is Kathy’s second award, having won the British Composer Award for Sonic Art in 2017.

Royal College of Music graduate Oliver Vibrans picked up the ‘Community and Participation’ award for ‘More Up’, a work he composed for The Able Orchestra which is an inclusive ensemble of young people, who performed the piece alongside instrumentalists from the BBC Philharmonic and Hallé and five professional sound and digital artists. In his programme notes, Oliver said “my hope is that this work can represent one of many new musical dialogues that expand our understanding of what music making can and should be.” The judges for this award called the piece “an outstanding example of musical integration that is very skilfully written for the forces and range of abilities involved.”

This year’s ‘Choral’ category was awarded to Richard Blackford for ‘Pietà’, a work commissioned by Bournemouth Symphony Chorus and St Albans Choral Society, premiered at Lighthouse, Poole last year. The work, which the judges cited to be “ambitious, dramatic, colourful and powerful whilst also being performable,” is a new setting of the Stabat Mater. In his programme notes, Blackford reflects on the difficulty of setting the Stabat Mater whilst noting that “it is the delicate balance of emotional extremes, of crisis and the hope of salvation, that I tried to reconcile during the composition.” A recording of the work is available on Nimbus Records.

The ’Chamber Orchestral’ Ivor Novello Award went to Robin Haigh for his work ‘Grin’, commissioned and premiered by Britten Sinfonia and Thomas Gould. The judges called the work “quirky, playful, bold and original…with a highly distinctive musical language and sound.” This is Haigh’s second award having won the British Composer Award for ‘Small Chamber’ in 2017. Haigh is one of the many composers under 30 who won this year.

The ‘Jazz Composition for Large Ensemble’ category went to Charlie Bates for ‘Crepuscule’, which had its UK premiere last year with the National Youth Jazz Orchestra. With this composition Charlie aimed to capture “the feeling of facing oncoming darkness, whilst clinging to the light that remains.” The judges thought the piece was “arresting and captivating from the start, its dramatic developments are strong, clear and well applied throughout.”

Commissioned by 12 Ensemble, Oliver Leith’s ‘Honey Siren’ was awarded the ‘Large Chamber’ award. The three movement work was conceived whilst Leith was “thinking about sirens; the wailing kind, not the bird women singing on rocks…they make these beautiful, huge oblong sweeping glissandi between high and low, like a machine crying.” The judges cited that this piece is “extraordinarily moving” and “evocative, emotionally involving and profound.” A recording of the work is available on Sancho Panza Records. This is Oliver Leith’s second award, having won the British Composer Award for ‘Small Chamber’ in 2016.

This year’s ‘Small Chamber’ award went to Daniel Fardon for ‘Six Movements’, a string quartet commissioned by the Royal Philharmonic Society and Wigmore Hall, which was premiered by the Bloomsbury Quartet. Each of the six movements explores a collection of contrasting characters, moods and expressions, which the judges felt resulted in “a finely crafted work with a wonderful arc across the whole piece and beautiful sounds and harmonies.”

Gareth Moorcraft’s ‘Diaries of the Early Worm’ was awarded the ‘Solo or Duo’ category award. The five-minute work was written for Tabea Debus’s ‘Ode to an Earworm’ concert series in 2019. This is Gareth’s second award, having won the British Composer Award Student Competition in 2012. Taking the theme of an earworm, Moorcraft explained in his programme notes that “snippets of troubadour melodies emerge from a series of short, repetitive, often obsessive musical ideas which mirror our tendency to repeat catchy melodies in our head.” The judges stated that the piece was “witty, full of character and imaginative in its referencing of familiar and historical materials.” A recording of the work is available on Delphian.

The last of the category awards – ‘Stage Works’ – was awarded to Philip Venables for his opera ‘Denis & Katya’. Commissioned by Opera Philadelphia, Music Theatre Wales and Opéra Orchestre National Montpellier, the opera’s six characters are all played by two singers, re-telling the story from different viewpoints. The judges commented that the work is “incredibly skilful in its musical craft with exquisitely heard electronics” and that, in their opinion, “it is moving opera forward.” This is Venables’s second award, having won the British Composer Award for Stage Works in 2017.

Peer recognition is at the centre of this unique annual celebration. Each of the eleven nominated categories had a separate judging panel of composers and music practitioners who anonymously reviewed all works entered for consideration. The identity (name, gender, age, demographic) of the work’s composer was removed from all materials given to the jury. All of the nominated works received a UK premiere between 1st April 2019 and 31st March 2020 and were composed by a UK born or ordinarily resident composer.

In addition to the eleven category awards, three composers were awarded ‘Gift of the Academy’ awards from The Ivors Academy. Cecilia McDowall, who celebrates her 70th birthday in 2021, was awarded an Ivor Novello Award for Outstanding Works Collection, recognising her exceptional body of classical works. Of this award, McDowall commented “it is very humbling to have been singled out to follow in the footsteps of previous recipients when there are so many other deserving composers.” The Academy said that McDowall is “a highly skilful and captivating composer who communicates through her music with stunning beauty, sensitivity and impact.”

British-Bahraini trumpet player Yazz Ahmed is recognised for her approach to jazz composition with an Ivor Novello Award for Innovation. Yazz brings together the sounds of her mixed heritage through her music, explaining that “I hope that through my music I can bring people together, building bridges between cultures, and changing perceptions about women in jazz and people of Muslim heritage.” The Academy has recognised Ahmed for “her unique creative voice that smashes the boundaries between jazz and electronic sound design by drawing on her heritage to create intoxicating musical worlds.”

Genre-defying composer Julian Joseph OBE becomes an Academy Fellow, the Academy’s highest honour, in recognition of his extraordinary contributions to music in the UK. Julian is the 21st Academy Fellow, joining a prestigious list which includes Kate Bush CBE, Sir Elton John, Sir Paul McCartney and Sir Andrew Lloyd Webber. The Academy said, “We’re delighted to honour Julian for his incredible achievements in music as an educator and as a truly unique and exceptional voice in jazz and classical composition.” 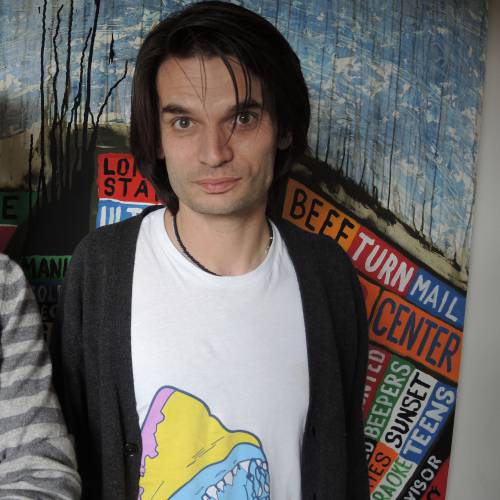 James Corden: ‘A school prom? That would have been a litany of rejection’