Jon Bon Jovi has lost friends and neighbours to coronavirus.

The Livin’ On A Prayer hitmaker’s 18-year-old son, Jacob, and bandmates David Bryan and Everett Bradley survived the virus after testing positive for Covid-19 earlier this year, but other people in the rocker’s life haven’t been as lucky.

“The virus was all around us,” Bon Jovi tells the Daily Mail. “We were in the bullseye in New York and New Jersey, and I lost friends and neighbours. A dear friend of mine lost his mum. The guy that sold me this apartment beat cancer but lost his life to Covid-19.”

The pandemic also impacted Bon Jovi’s music plans – a planned summer tour was scrapped to allow ticket holders to use the refund cash to buy groceries.

Meanwhile, the release of the group’s new album, 2020, was delayed, allowing Bon Jovi to write and record new songs that tackled issues fans were facing during the pandemic.

In an interview with Good Morning America on Friday – the new release date – the rocker explained one new song, Do What You Can, was inspired by a photo his wife Dorothea took of him washing dishes at one of his JBJ Soul Kitchen restaurants, which provides free meals for the homeless.

“Because of the crisis and the shutdown, no restaurants remained open, but we remained open,” he said. “Dorothea snapped that picture of me for the social media and she asked me for a caption… and what I said was, ‘If you can’t do what you do… do what you can!'” 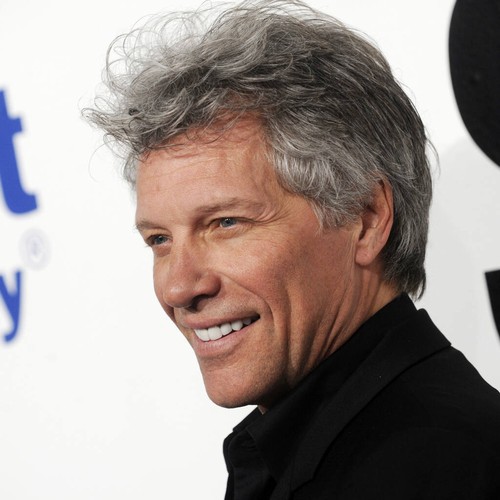