Never Too Late To Rock And Roll is the debut album by actor and musician Johnny Altman. Familiar with most TV and Film viewers throughout the known world (and possibly beyond), as TV’s most popular bad boy Nick Cotton from BBC’s Eastenders.

He has been involved in the music industry for many years as lead singer with his own band Resurrection, as well as fronting the Heavy Metal Kids.

‘Never Too Late To Rock & Roll’, features tracks that Johnny has written over the last 20 years and is produced by indie legend Mark Christopher Lee who was discovered by John Peel, and plays with Guinness Record breaking band The Pocket Gods.

The influential music zine – God Is In The TV said of the album:

“It’s a fine album too. It’s kind of – and I mean this in a GOOD way – it’s kind of all over the place. I mean, I can hear shades of Hawkwind, Buzzcocks, early Genesis…”

Johnny was back on BBC TV earlier this Spring in a new series of ‘The Real Marigold Hotel’, and he’s also released an updated audio book version of his recent auto-biography – ‘In The Nick Of Time’.

The first single from the album is Hallucinating You and features an atmospheric and haunting video directed by Gary Crosby. 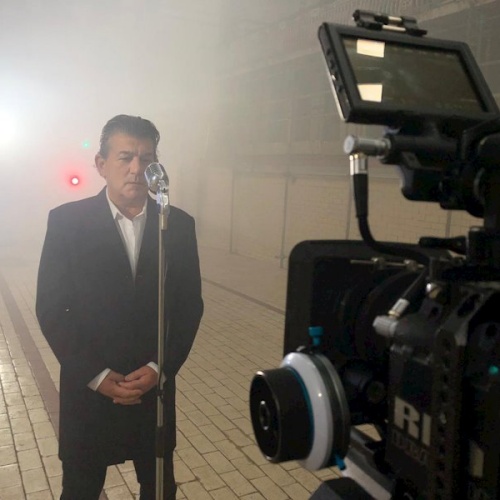