Julian Casablancas gave comedian John Mulaney a very special memento after performing on Saturday Night Live – he handed over his coat and sunglasses.

The funnyman hosted the show on Halloween when Casablancas’ band The Strokes featured as the musical guest, and he was thrilled to walk away with a pair of souvenirs after complimenting the singer on his look.

“I said, ‘That’s a really cool jacket, I gotta get that jacket,'” Mulaney told Seth Meyers on America’s Late Night.

“So after the show, (Casablancas) came into my dressing room and was like, ‘So you want a jacket?’ And he gave me this one. And he gave me a leather jacket,” he went on.

But Mulaney, who wore the gift during the TV interview, isn’t sure he can quite pull it off like Casablancas: “There’s nothing I can do with this,” he said, gesturing to the jacket. “But I enjoy it so much… It’s so meant for a lead singer.”

He also scored a bonus item the singer happily let him keep: “When I got home, I looked through the pockets and I found these,” Mulaney added, pulling out a pair of sunglasses.

He added: “I texted (Casablancas) a photo and said, ‘Hey, you left these, do you want me to have someone drop them off?’ He said, ‘You keep them, man’.” 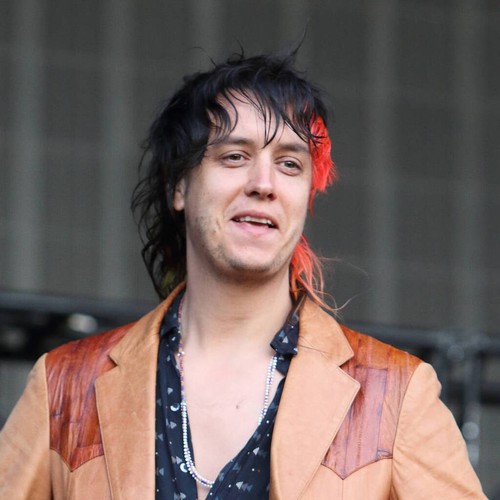