Jennifer Lopez’s performance at the American Music Awards on Sunday night has drawn comparisons to Beyonce’s at the 2014 Grammy Awards.

The 51-year-old singer was joined by Maluma to perform Pa Ti + Lonely from the soundtrack of their upcoming movie Marry Me. And while many fans took to social media to praise Jennifer for her incredible routine, others were quick to point out the similarities between her rendition and Beyonce’s performance of Drunk in Love six years ago.

“Does anyone notice that J.Lo is ripping off Beyonce on her performance at the amas,” one person wrote, while another added: “JLO really stole Beyoncé’s whole drunk in love performance. Copied everything , down to the outfit.”

As well as sporting wet look hair in a bob style, Jennifer donned a sheer black bodystocking that was similar to the one Beyonce wore for her Grammys performance. Both stars also started their performances sitting on a chair, with black, blue and red lighting on the stage.

However, others were quick to jump to Jennifer’s defence, with one writing: “You’re joking, right? If you think for 1 second that this is Beyonce’s concept, you are a pop-culture illiterate. It’s homage to Cell Block Tango from Chicago (the movie/play, NOT the city). It predates both JLo’s and Beyonce’s careers. #ResearchTHENpost.”

And another added: “Girl… Beyonce did not invent black swimsuits and wet hair bob type look… That’s just how Jlo looks in the MV (music video) for that song. Calm down.” 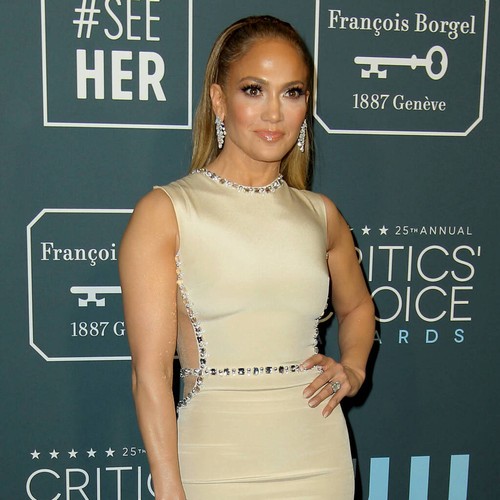