Iggy Azalea has insisted that she and her ex Playboi Carti are dedicated to co-parenting their son Onyx.

The 30-year-old rapper, real name Amethyst Kelly, had confirmed over the weekend on her Instagram page that she and Carti, real name Jordan Carter, had split, saying: “What I meant last night was that I’m raising my son alone & I’m not in a relationship.”

Her remarks led to concern from fans and prompted Iggy to clarify Carti’s role in Onyx’s life in a post on her Instagram Stories on Monday.

“Nothing I said was intended to make it seem like my sons father isn’t part of his life but I’ve noticed a lot of people took it that way so I wanted to clear the air,” she wrote. “Onyx is so so loved by his dad & always has had both parents in his life from day one.”

Iggy had also posted photos of herself looking glamorous in a black dress while cradling her baby son on Sunday, just hours after confirming the break-up.

Carti has yet to comment on Iggy’s posts on his own social media pages.

The music star is believed to have welcomed Onyx in April after hiding her pregnancy from the public, before sharing the news in June.

Iggy has had an on-off relationship with Carti since the pair began dating in 2018. 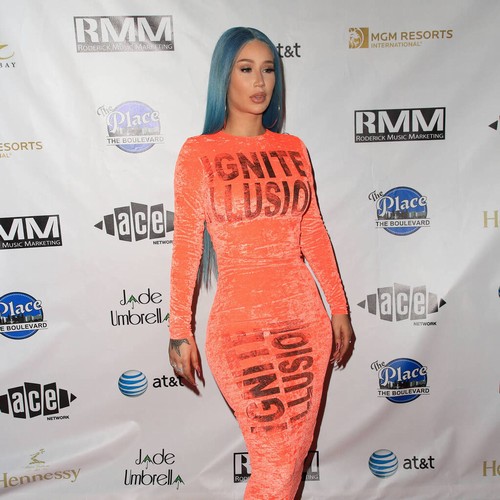