Ice Cube: ‘CNN axed my interview because they can’t handle the truth’

Ice Cube has hit out at CNN executives and anchor Chris Cuomo for allegedly cancelling his interview on the network.

The rapper and actor recently defended his decision to work with the Trump administration on creating policies to better serve African-Americans after fans claimed he was being used by the president to gain support ahead of November’s election.

He had been due to appear on Cuomo Prime Time to discuss the arrangement on Thursday, but the star, real name O’Shea Jackson, told fans on Twitter it was called off because network bosses “can’t handle the truth”.

“So the POWERS that be cancelled my interview on @CuomoPrimeTime tonight,” he tweeted. “I’ve actually been ban (sic) from @CNN for a few months so I was surprised they even asked. But it seems like they can’t handle the truth.”

While the Boyz n the Hood star didn’t explain why was banned from the network, the cancellation comes months after he came under fire for sharing anti-Semitic memes online in July.

One of his strongest critics was CNN’s Jake Tapper – who was also told to “watch your mouth” by the hitmaker after he called Louis Farrakhan, the leader of the Nation of Islam, “a vile anti-LGBTQ anti-Semitic misogynist”. Ice Cube converted to Islam in 1992.

Hitting back amid the backlash about working with Trump this week, the You Can Do It hitmaker insisted he had spoken to both the president and his rival Joe Biden’s teams about his proposed Contract With Black America, which he said “strikes at the heart of racism and presents a blueprint to achieve racial economic justice”.

He tweeted: “Facts: I put out the (Contract with Black America). Both parties contacted me. Dems said we’ll address the CWBA after the election. Trump campaign made some adjustments to their plan after talking to us about the CWBA.” 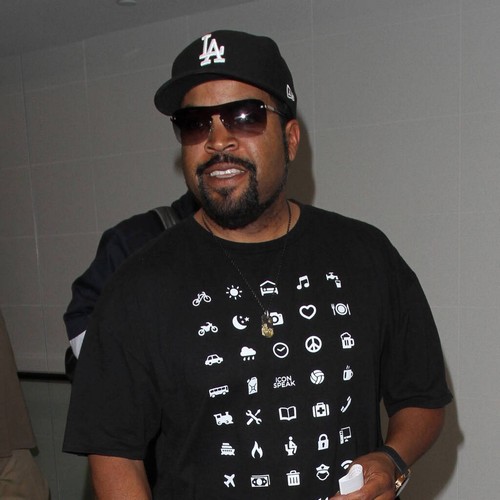