Harry Styles was the brains behind funnyman Nick Kroll’s proposal.

The comedian asked his Don’t Worry Darling castmates for ideas when he decided to pop the question to Lily Kwong, and he has now shared that the popstar’s suggestion was the one he went with.

“I was just spitballing with Flo (Florence Pugh) and H-Bomb (Styles), and Olivia (Wilde),” Kroll said during an interview with Jimmy Fallon on The Tonight Show, revealing Harry came up with the idea to put a huge bouquet of flowers into a moving box with a ring in the centre of the arrangement.

Kroll explained that before he and his new fiancee Lily, who is expecting the couple’s first child, could capture the moment, Styles was texting him to see how the proposal had gone.

“(He wrote): ‘Have you done it yet? What’s going on?’ Harry Styles was the first person to know we were getting married… and he gave us his blessing and it meant the world,” Kroll recounted.

Styles also sent the happy couple a bouquet of flowers for their wedding, which took place last month.

“He doesn’t know this yet, but he is now going to be the guardian of all our children,” Kroll joked. 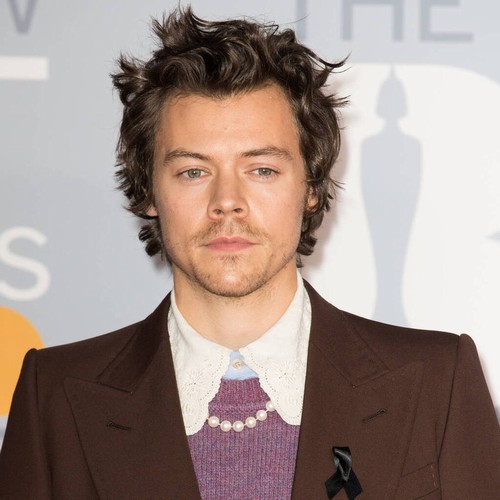