Tony Banks, Mike Rutherford and Phil Collins reunited in London to prepare for ‘The Last Domino? Tour ‘, which kicks off next April.

The run will mark their first jaunt since 2007’s ‘Turn It On Again: The Tour’.

The ‘Land of Confusion’ hitmakers will be joined by Phil’s son Nic Collins on drums, and longtime lead guitarist and bassist Daryl Stuermer.

The tour was originally due to take place in November, but was delayed until 2021 due to the COVID-pandemic.
Phil is unable to play the drums because of his longstanding spinal condition.

On his son stepping in for him, he said recently: “I didn’t elbow him into the band. You can’t force a drummer onto these guys.”

But his bandmates had some initial reservations about enlisting the teenager.

Tony said: “When I first heard Phil was using Nic, I thought it was a stupid thing to do. Nic was only 16.

“But then reports started coming back about how good he was, the real deal.

“I saw Phil’s show at the Albert Hall and Nic was just incredible.”

Recalling their first rehearsal together, he added: “The first songs we played were ‘No Son of Mine’ and ‘Land of Confusion’.

“Mainly because they’re the two easiest. “Nic knew them better than we did. He showed us up – embarrassingly so.”
While the trio are looking forward to the tour, they’ve no plans to make a new album.

Mike said: “It’s not on our radar, no. This tour is a big undertaking in itself.” 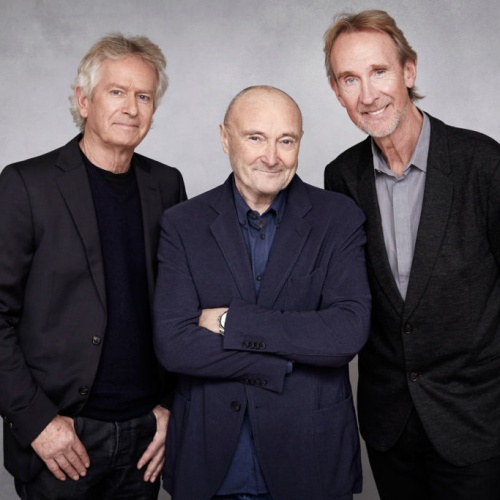