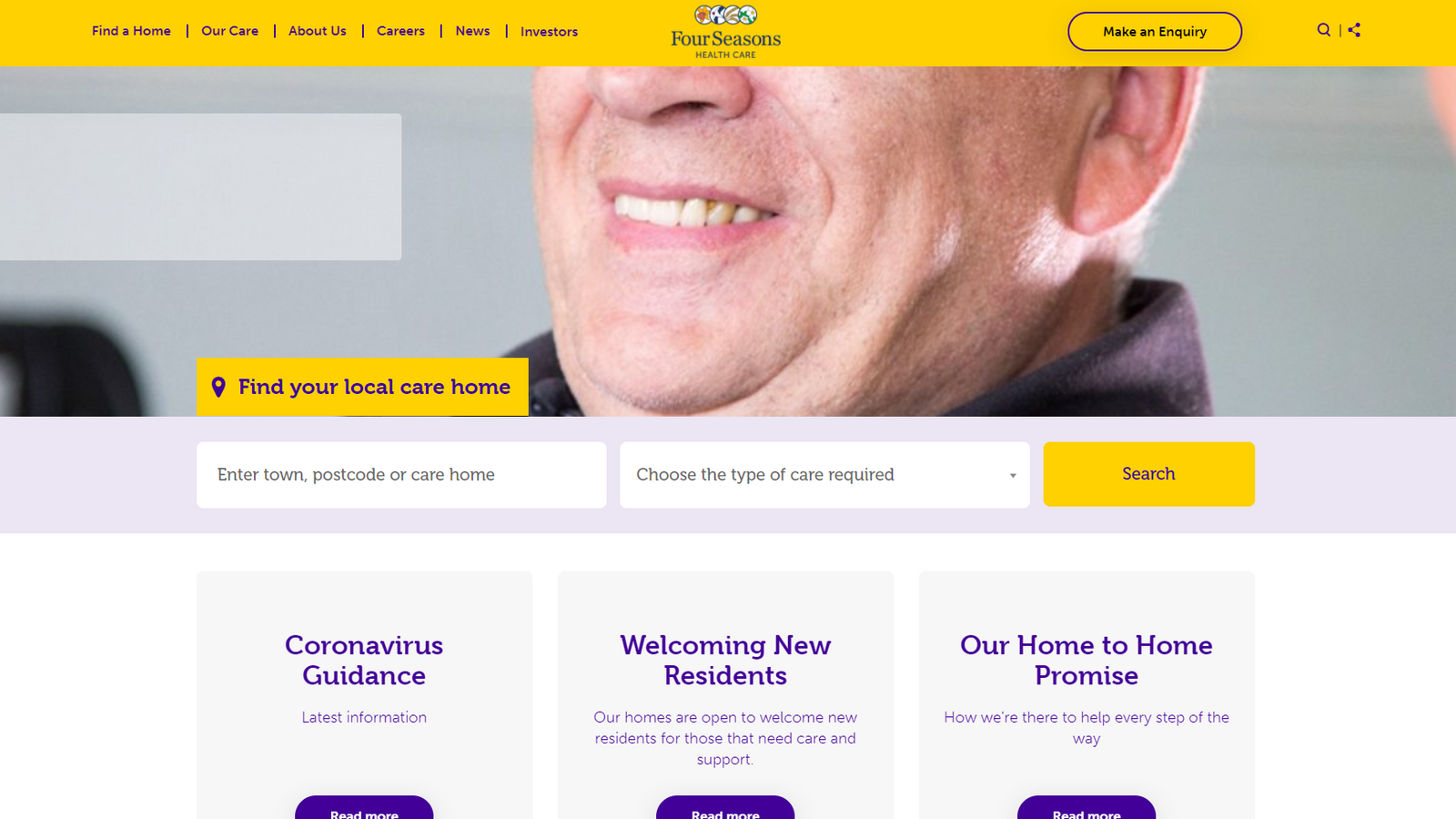 Administrators to one of Britain’s biggest care home operations have resumed a delayed break-up of the group by entering talks to sell its business in Northern Ireland.

Sky News understands that Alvarez & Marsal, which has been overseeing the bankrupt parent company of Four Seasons Health Care (FSHC) for almost 18 months, has begun a process to sell a portfolio of 42 sites in the country.

The sale process comes amid a crisis for the UK’s care homes sector, which has been attempting to deal with the catastrophic impact of the coronavirus pandemic.

The auction of Four Seasons’ business in Northern Ireland, which is at an early stage, involves homes accounting for just under a quarter of the company’s remaining 184 sites across the UK.

Roughly 2,200 people work for the Northern Irish operation, out of a total of 12,000 across the group.

Four Seasons’ parent company collapsed in April last year, sparking fears for the future of what was then Britain’s second-largest care home group.

Since then, the management of the vast majority of its leasehold homes has been taken over to other operators such as Barchester.

The company’s future had effectively been uncertain since 2017, when owner Terra Firma Capital Partners failed to meet a debt repayment deadline.

In August, Four Seasons said that admission levels had begun to recover after falling to more than 70% below pre-coronavirus levels.

It added that shielding and self-isolation had driven up staff absenteeism to just under 11%, although this had since reduced.

A spokesperson for Four Seasons Health Care said this weekend: “Our utmost priority remains ensuring the safety, quality of life and continuity of care for all of our residents.”

A source close to the company said that significant progress had been made in the restructuring of Four Seasons since last year, including the unification of its care home business’ operations, and the successful migration of its onerous leasehold portfolio.

They added that the sale of its operations in Northern Ireland made “strategic sense” because it operated in “a separate territory and under a different regulatory regime”.