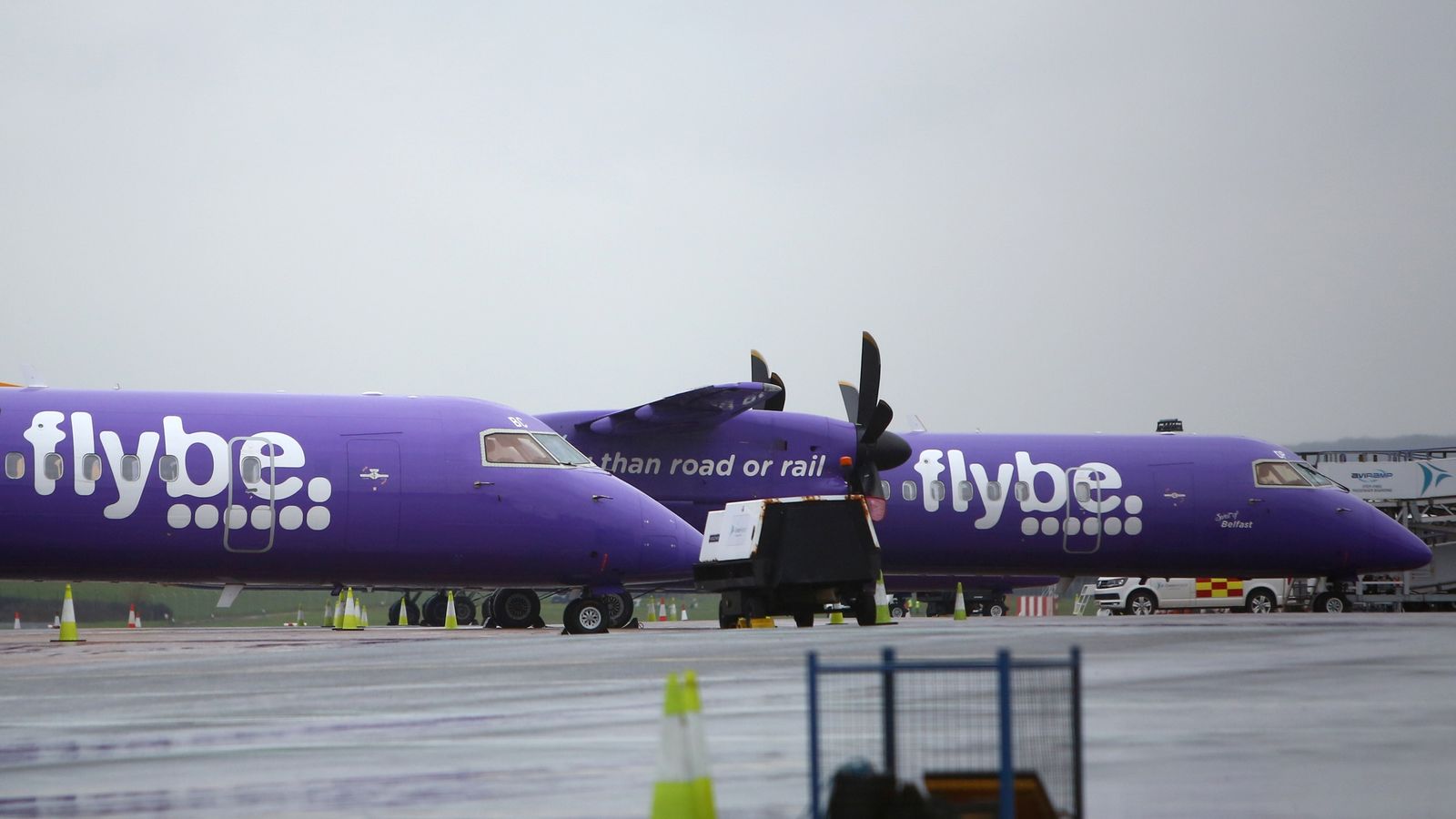 A shareholder in Flybe when it collapsed this year with the loss of thousands of jobs is in talks with its administrators about a potentially controversial bid to resuscitate the regional airline.

Sky News has learnt that Cyrus Capital, a hedge fund with offices in Mayfair, is behind a plot to reacquire some of Flybe’s assets, despite the devastating impact of the coronavirus pandemic on Britain’s aviation industry.

Cyrus Capital, which is run in Europe by Lucien Farrell, is understood to be in discussions with EY – which was appointed to handle the company’s insolvency in March – about a deal.

It is said to want to relaunch a smaller version of Flybe next year, although the precise timetable would be subject to a recovery in passenger demand and the removal of coronavirus-related quarantine measures.

It served more than 80 airports across Britain and Europe, including locations such as Belfast, Birmingham, Exeter, Manchester and Southampton.

However, it ran into fresh financial turbulence in January, with mounting losses prompting it to approach the government to seek emergency financial support.

Despite premature public comments from cabinet ministers including the transport secretary, Grant Shapps, that a deal had been struck to keep Flybe aloft, weeks of talks about a £100m state loan foundered.

Opponents of a government funding package were led by Michael O’Leary, the Ryanair boss, who called it “a billionaires’ bailout” in reference to Sir Richard Branson’s involvement in the ownership of Flybe.

The company eventually called in administrators in early March, causing more than 2300 job losses, with Virgin Atlantic’s refusal to inject new funding the eventual catalyst for its collapse.

Virgin Atlantic was forced to seek its own bailout this year following the slump in international air travel.

More than a dozen of Flybe’s routes have been taken on by Loganair, another regional carrier, although many remain unfilled.

Further details of Cyrus Capital’s plans to revive Flybe, including whether it would seek to use the defunct airline’s name, were unclear this weekend.

A number of former Flybe executives are understood to be involved in the proposed relaunch.

The hedge fund held a 40% stake in Connect Airways, Flybe’s parent company, before its insolvency.

According to an administrator’s report, it was also the largest secured creditor, with £53m of loans outstanding when EY was appointed.

As well as Virgin Atlantic’s privately funded rescue deal, International Airlines Group, the owner of British Airways and Aer Lingus, has tapped shareholders for more than £2bn of additional equity since the COVID-19 crisis began.

Further evidence of the continuing crisis in the aviation sector was provided this weekend as the UK’s biggest airport entered into a new phase of consultation with employees, heightening the possibility of substantial job losses.

Heathrow Airport has been consulting with unions since early last month about revised pay deals for thousands of staff, but the statutory 45-day period expired on Friday with no deal in place.

That will involve individual consultations with up to 4700 affected employees, although the number of any eventual job losses will be significantly lower than that.

Kathryn Leahy, Heathrow’s director of operations, said: “In order to ensure our business recovers from this crisis and is sustainable and competitive in the future, changes need to happen.

“For the past 45 days we have been in formal talks with our unions, but we have been unable to reach an agreement.

“Whilst we will continue to talk, we now need to move on to the next stage of this process with our colleagues.”

She added that Heathrow, which has seen passenger numbers plummet this year, had “a new future ahead of it and in order to be competitive, we need to create cost efficiencies across the business”.

Ms Leahy insisted that the company’s pay offer meant there was “a job for everyone who wants one”.

Heathrow’s plan involves equalising pay, with a ‘buy down’ offer – for those whose salaries will be decreased – involving the difference being paid in a lump sum or in monthly instalments over a two-year period.

The airport has told unions that while no further pay deals will be considered until the beginning of 2023, that would be reviewed if passenger numbers return to at least 80% of 2019 levels across three consecutive months compared with the same three-month period in 2019.