BBC Radio 1 will play a censored version of ‘Fairytale of New York’ by Pogues and Kirsty MacColl this Christmas.

The radio station has taken the decision to air the edited recording of the 1987 festive classic to avoid offending their young listeners.

In the place of a homophonic slur, Kirsty will sing: “You’re cheap and you’re haggard.”

While Shane MacGowan’s one in the second verse has been removed altogether.

Although Radio 1 are playing the censored version, it will still appear in its original form on BBC Radio 2, while 6 Music DJs will flick between the two depending on their own personal stance on the controversial lyrics.

A BBC spokesman said: “We know the song is considered a Christmas classic and we will continue to play it this year, with our radio stations choosing the version of the song most relevant for their audience.”

Radio 1 had previously banned ‘Fairytale of New York’ in 2007, but quickly made a U-turn after complaints from listeners.

Andy Parfitt, the station’s then-controller, explained that they reinstated it on their playlists because they felt the listeners are “smart enough to distinguish between maliciousness and creative freedom”, while there was no “negative intent behind the use of the words”.

Pogues frontman Shane previously insisted the controversy is not “worth a second’s thought”, but admitted he would have no problem with the lyrics being edited out for radio.

He said last year: “There is no political correctness to it.

“I’ve been told it’s insulting to gays; I don’t understand how that works. Nobody in the band thinks that’s worth a second’s thought.”

The 62-year-old singer added: “The word was used by the character because it fitted with the way she would speak and with her character.

“She is not supposed to be a nice person, or even a wholesome person. She is a woman of a certain generation at a certain time in history and she is down on her luck and desperate.” 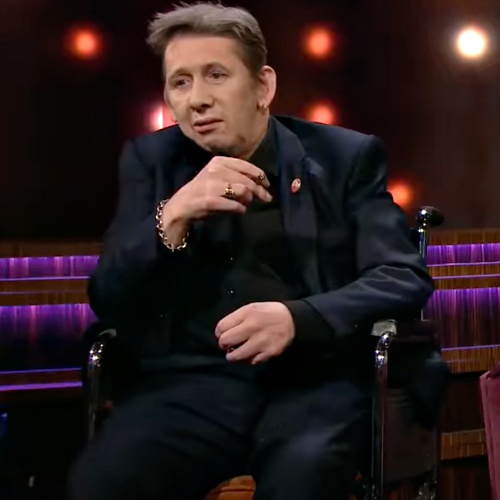