Ella Mai thinks the coronavirus lockdown may have helped her creativity.

The 25-year-old singer has been forced to record in a restricted environment due to safety measures over recent months, but Ella doesn’t think it’s been a problem for her.

She said: “Honestly, other than the fact that I couldn’t go to the studio and when I did, I was under different measures. Like, only a certain number of people were allowed in the room to stay safe, but that was it.

“So if I can be in the same room and know exactly where everything is, it kind of makes me a bit more comfortable than being somewhere different everyday. The pandemic didn’t really affect me creatively in any way.”

Ella released her debut album back in 2018, but she’s adopted a different approach to her new record.

She told Billboard: “I think these sessions that I’ve been doing for the sophomore album are a lot more figured out.
“When I was recording the debut, I was a lot younger, and I was trying to figure out what I wanted to sound like, figure out what I wanted to say – and as much as I love my debut album, I was in a very much different space career-wise and as a person. I was 21, 22.” 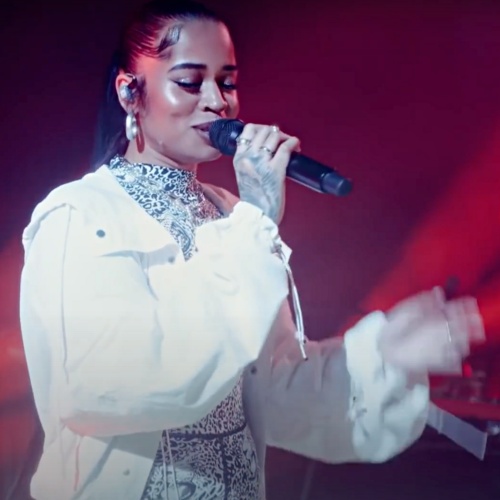