Eddie Van Halen was saluted by his music peers in a special tribute during the Rock & Roll Hall of Fame virtual induction ceremony on Saturday.

The Van Halen co-founder, who lost his battle with cancer last month, was remembered for his legacy in a special In Memoriam segment by his fellow guitar greats – Slash, Kirk Hammett, and Tom Morello.

As old footage of Eddie played onscreen, Slash told viewers: “Eddie Van Halen was a tremendously gifted musician. His style and his sound were completely unique to him. He had a massive impact on guitar playing.”

He went on: “I don’t think there’s anybody that’s picked up the guitar since 1978 that hasn’t been touched in some way by Eddie Van Halen’s influence.”

Meanwhile, Rage Against the Machine’s Morello declared Eddie the “Mozart of our generation”, stating: “He had the kind of talent that maybe comes around once a century. Eddie Van Halen inspired me to play 20,000 hours, to try to get within 100 miles of his inspired mastery of the electric guitar.”

Metallica star Hammett added: “Not since Jimi Hendrix had there been a guitar player that had so much impact, and was so inspiring to me. He just explored the most simplest thing – a harmonic on his string – and brought it into this realm of technique that no one even thought was possible. He was just, like, from a different planet.”

Van Halen were inducted into the Rock & Roll Hall of Fame in 2007. 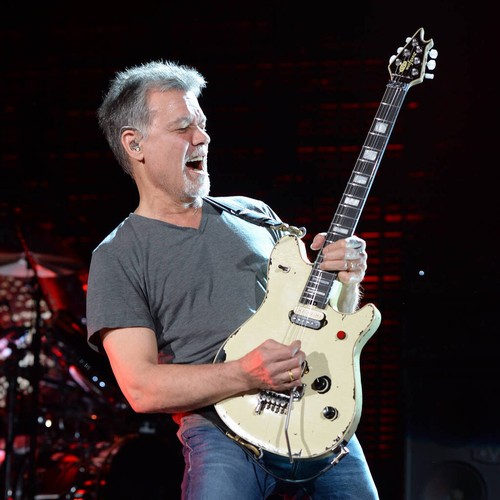